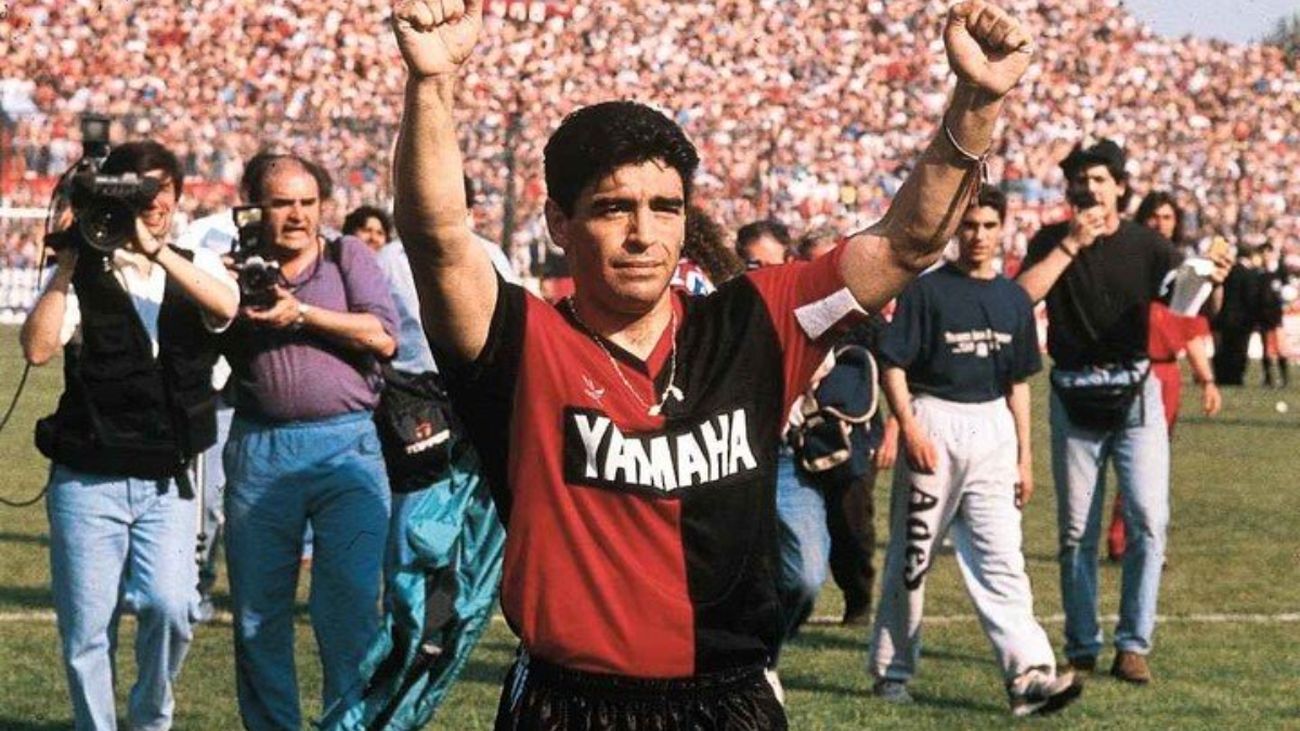 Much of the football world was united over the weekend in giving tributes to Diego Maradona.

Maradona, one of the greatest footballers of all time, passed away on Wednesday at the age of 60 at his home in Buenos Aires after suffering a heart attack.

Maradona made a handful of appearances for the Rosario club during the 1993/94 season, while Messi began his career there before leaving for Barcelona aged 13.

It’s within this context that Messi’s tribute was birthed.

After scoring Barcelona’s fourth goal in the 4-0 victory over Osasuna on Sunday afternoon he lifted his shirt to reveal that beneath he had a number ten Newell’s Old Boys shirt from the season Maradona spent there.

The gesture was touching, and as Mundo Deportivo revealed in conjunction with reports from Daniel Arcucci and The Web Graphic, is one with a fascinating story behind it.

The shirt was one that Maradona actually used during his spell with Newell’s and was given to Messi by an Argentine judge and collector named Sergio Fernandez.

Fernandez tried to give the shirt to Messi on three separate occasions, succeeding on the third time at the 2018 World Cup in Russia. Little did he know the significance the gift would take on two years later.

A second story deepens the profundity even further. The day Maradona made his debut for Newell’s, in a friendly with Emelec, Messi was six years old and in attendance with his father Jorge.

That day, Maradona scored a goal very similar to the one that Messi would score against Osasuna all those years later. Sometimes, the stars just align.

Don't even try to understand it… ❤️🖤pic.twitter.com/7cefozYcVY