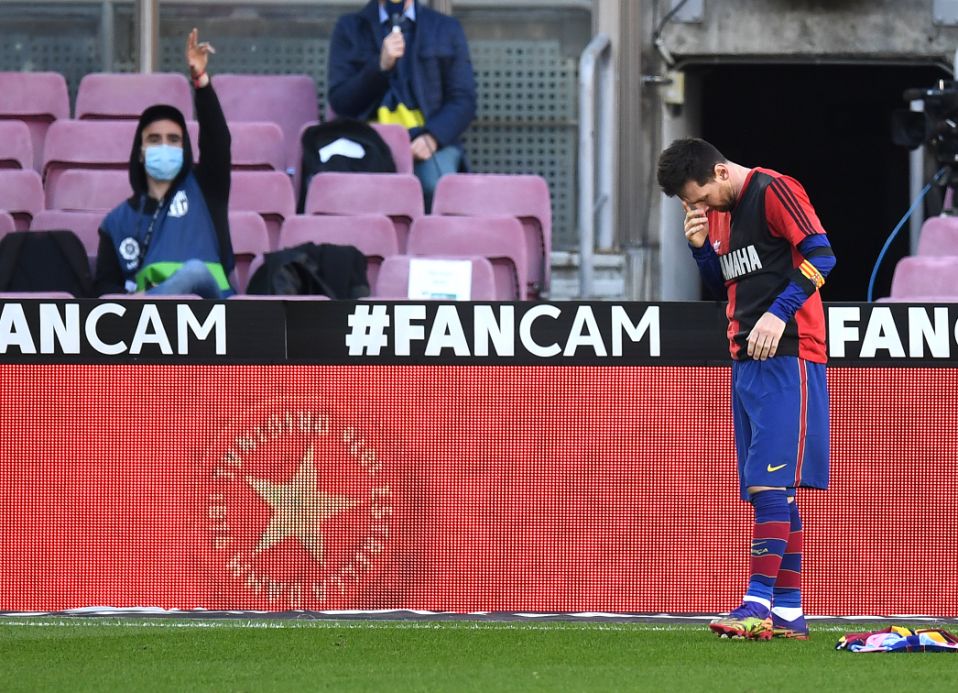 How much will Lionel Messi’s tribute to Diego Maradona cost Barcelona?

Much of the football world was united over the weekend in giving tributes to Diego Maradona.

Maradona, one of the greatest footballers of all time, passed away on Wednesday at the age of 60 at his home in Buenos Aires after suffering a heart attack.

Maradona made a handful of appearances for the Rosario club during the 1993/94 season, while Messi began his career there before leaving for Barcelona aged 13.

It’s within this context that Messi’s tribute was birthed.

After scoring Barcelona’s fourth goal in the 4-0 victory over Osasuna on Sunday afternoon he lifted his shirt to reveal that beneath he had a replica number ten shirt Newell’s Old Boys shirt from the season Maradona spent there.

Lionel Messi celebrating his goal for Barcelona in a Newell's Old Boys kit with the No. 10 on the back.

Upon the resumption of play, however, the Argentine was booked by the referee. Barcelona will now have to pay €3,000 to the RFEF for the tribute that Messi paid according to Diario AS.

That’s according to article 91 of the RFEF Disciplinary Code: “The footballer who, on the occasion of having scored a goal or for any cause derived from the vicissitudes of the game, raises his shirt and displays any kind of advertising, slogan, legend, acronyms, anagrams or drawings, whatever their content or the purpose of the action, will be punished, as the the author of a serious offence, with a fine of up to €3,000 and a warning.”

Another instance, perhaps, of the rules of the game not being in line with its spirit.