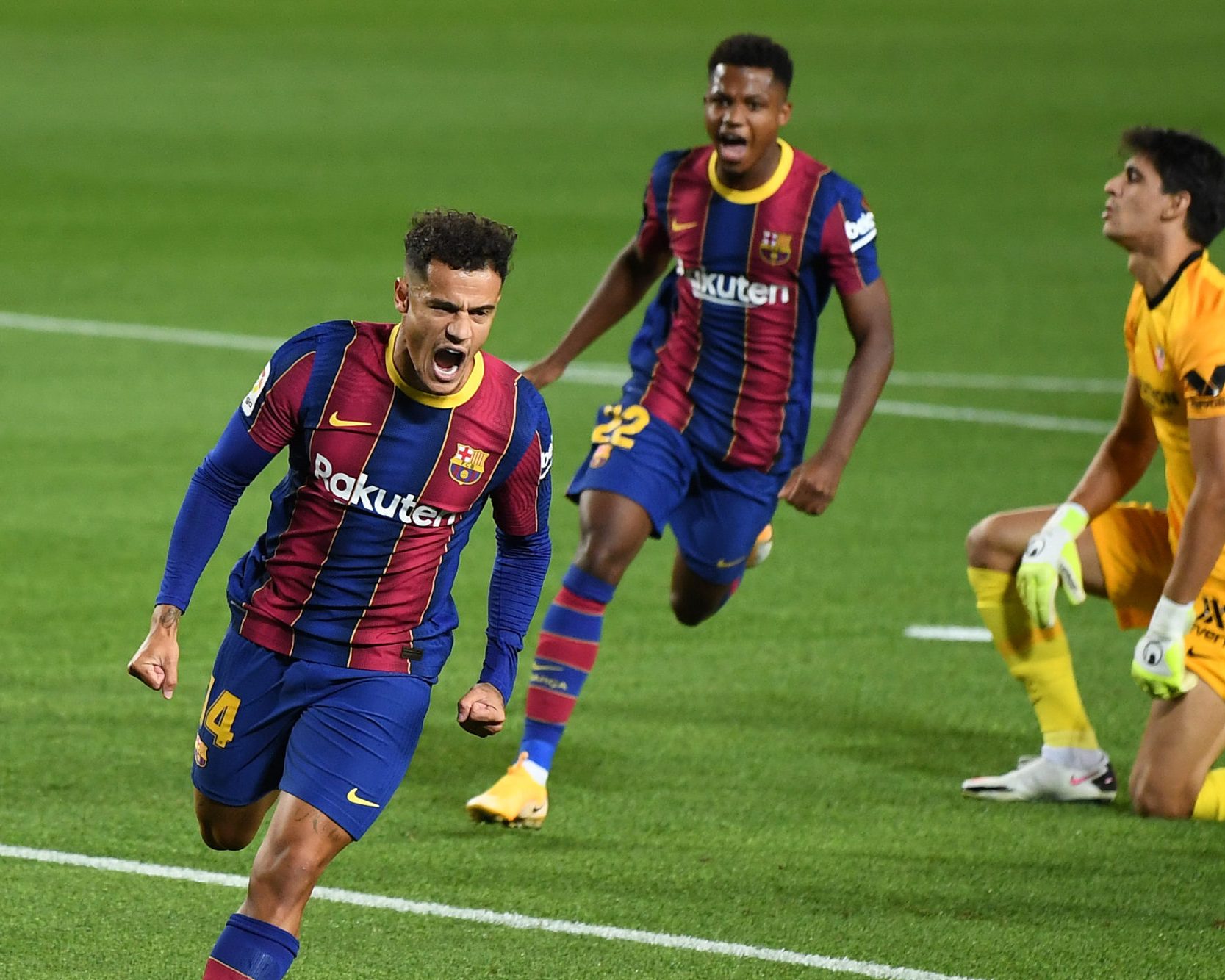 Barcelona news has been dominated by trouble and rumour in recent times, but green shoots are beginning to emerge.

The Blaugrana’s European form has been flawless so far this season and Sunday afternoon’s convincing 4-0 defeat of Osasuna at Camp Nou is more in line with what the club expect domestically.

One player who started both against Osasuna and Dynamo Kyiv in the Champions League five days before was Barcelona’s resident Brasileiro Philippe Coutinho.

Coutinho is beginning to show his best side according to Mundo Deportivo, scoring a goal during Barcelona’s victory and contributing an offensive threat throughout.

It was his third goal of the season, adding to strikes against Ferencvaros and Sevilla.

Coutinho had just returned after missing four games with a thigh injury and will be keen to continue his progress.

He’s failed to settle at Camp Nou so far, however, and spent last season on loan at Bayern Munich.