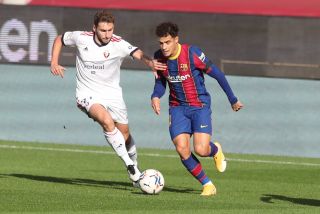 Watch: Philippe Coutinho sees shot cleared off the line for Barcelona against Osasuna

Coutinho goes so close to giving Barca the lead 😬 pic.twitter.com/IG2k5Zj7n1