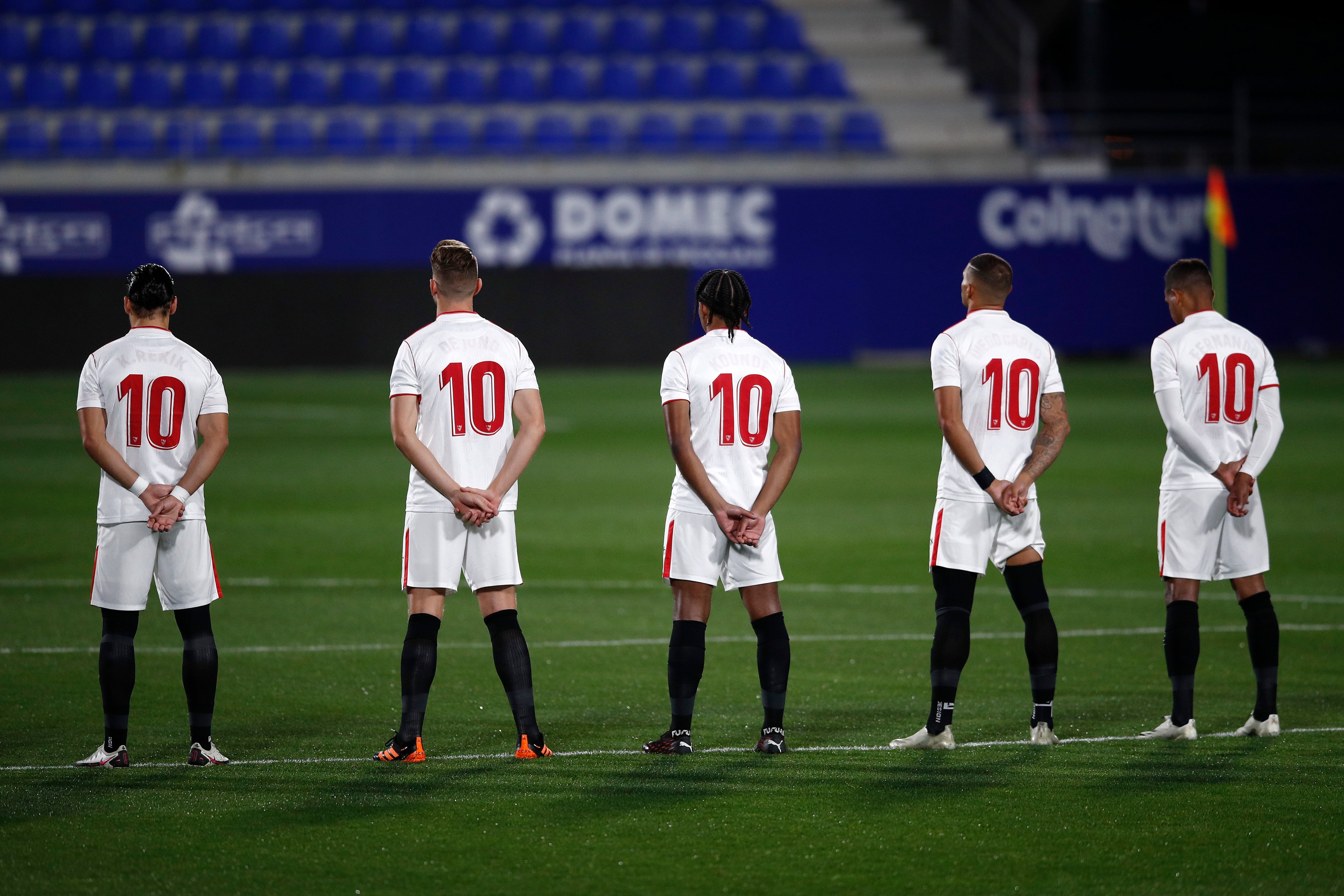 The story behind Sevilla’s touching tribute to Diego Maradona

Sevilla‘s players took to the field at El Alcoraz on Saturday evening each wearing a special shirt.

Each player wore a design inspired by the shirt Diego Maradona would have worn during the season he spent at the club back in 1992/93 in a tribute to the Argentine footballer.

Maradona passed away on Wednesday at his home in Buenos Aires at the age of 60 after suffering a heart attack.

He’s widely considered to be one of the greatest footballers of all time, and Sevilla is one of just six club teams he represented.

Each player took to the field wearing the shirt with Maradona’s number, ten, on the back.

Maradona wore it in public for the first time during a friendly with Bayern Munich at the Sanchez-Pizjuan, and in private the day he got the green light from FIFA to sign for the club.

Maradona’s death will have had special significance to former teammates of his who still work at Sevilla, such as Monchi and Juan Martagon.

The former, Sevilla’s current sporting director, was keen to explain the motivation behind the tribute as detailed by Marca.

“Being one of the six teams for which Diego played, it was logical and fair that we go beyond the tributes we’d given him in recent hours and produce something like this,” Monchi said.

“There is no better tribute than going out on to the field in a shirt that reminds us all of when Diego used to play for us.”

The moment of silence was impeccably observed by both Sevilla and Huesca players and staff, punctuated only by the music of Argentine legend Carlos Gardel.

Sevilla won the game 1-0 thanks to a late goal from Youssef En-Nesyri. The result takes them to fifth, just a point behind Real Madrid and three behind Villarreal.