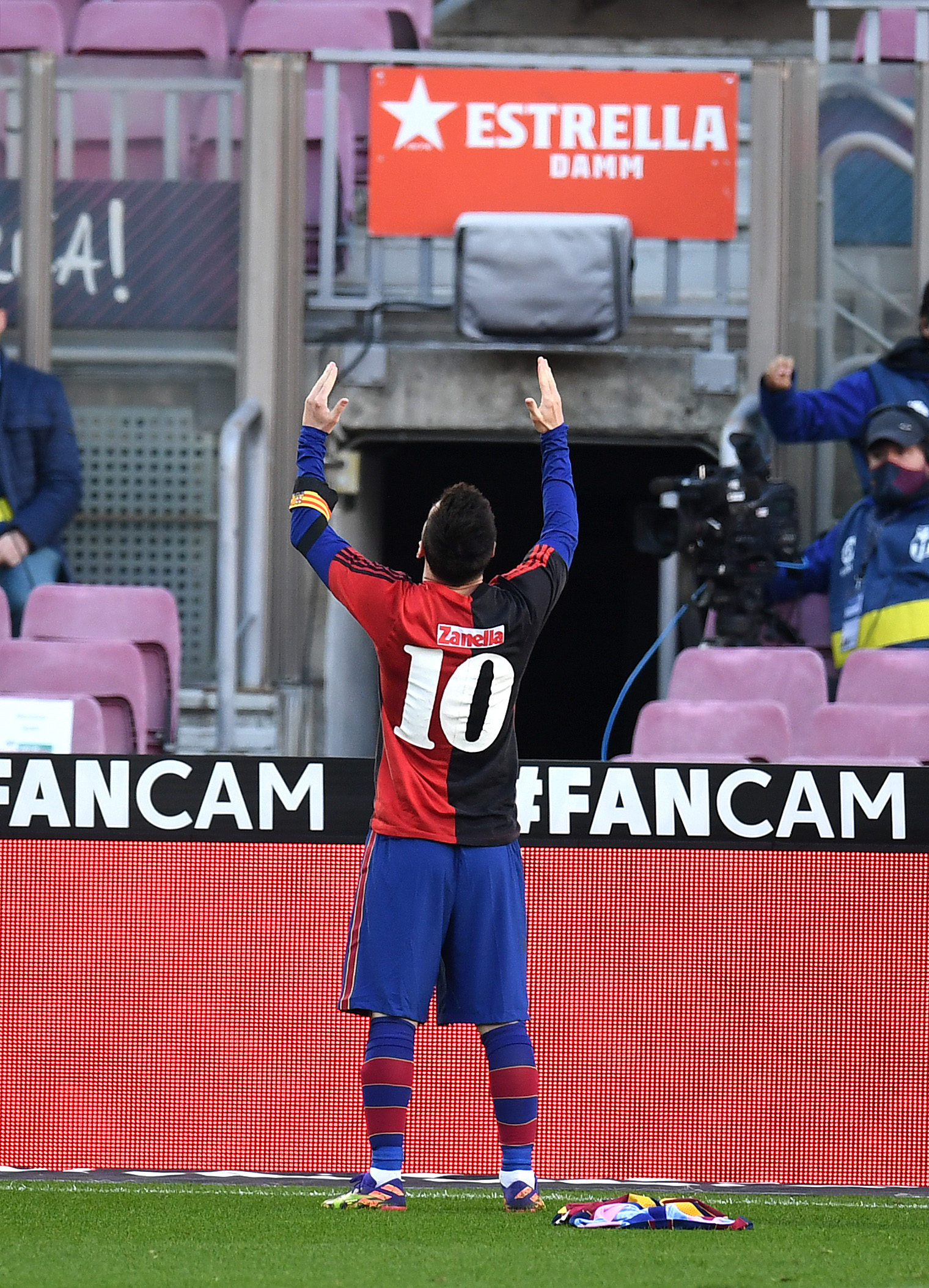 A typically wonderful goal from Lionel Messi sealed an excellent day’s work for both the Argentine and Barcelona.

His strike made it 4-0 to the Catalans on a day marked by the recent passing of former Barcelona player Diego Maradona.

The game was the first Barcelona have played since Maradona passed away on Wednesday, and the club paid their respects to him before the game with a touching tribute. Maradona spent two years at Camp Nou.

On the stroke of the half-hour mark, Barcelona broke through. Messi swept a magnificent ball out left to find Jordi Alba, who centred for Coutinho.

The Brazilian’s effort was parried, but Martin Braithwaite was on hand to step up and bundle it over the line.

Messi looked like he was tempted to imitate Maradona’s infamous Hand of God moment to ensure it crossed the line, but restrained himself.

Shortly after, Barcelona doubled their lead through Antoine Griezmann. The ball fell to the Frenchman at the edge of the box after a slick team move broke down and he made no mistake with his sumptuous volley.

Barcelona made it 3-0 through Coutinho just shy of the hour mark, who made up for several earlier misses with a neat finish after a selfless assist from Griezmann.

The hosts then saw a goal ruled out by VAR for a marginal offside before, moments after restarting, Messi came up with the goods to make it four with a stunning finish from outside the box.

The Argentine then celebrated with a touching tribute to Maradona.

Messi took off his Barcelona shirt to reveal that underneath he had a Newell’s Old Boys shirt with the number ten on the back before gesturing to the heavens.

Messi began his career with Newell’s and Maradona played for them during the final years of his career.

It was a truly touching tribute between two of the greatest players to have ever played the game.