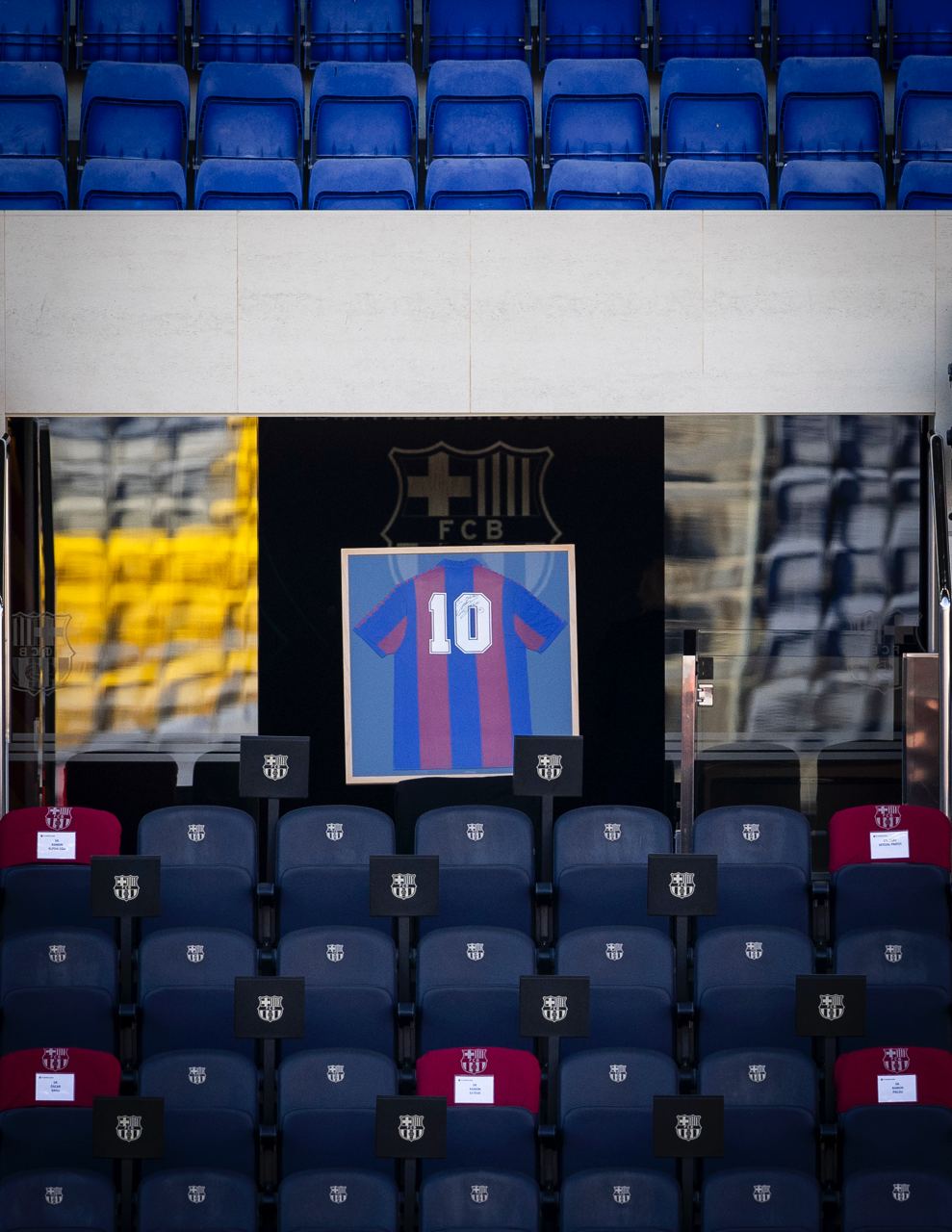 Barcelona pay tribute to Diego Maradona before clash with Osasuna

Barcelona paid an emotional tribute to their former player Diego Maradona ahead of their clash with Osasuna at Camp Nou on Sunday afternoon.

Maradona passed away on Wednesday at his home in Buenos Aires at the age of 60 after suffering a heart attack.

The Argentine, widely considered to be one of the greatest footballers to ever play the game, spent two years at Barcelona between 1982 and 1984.

He also played the 1982 World Cup in Spain and spent a solitary season with Sevilla in the early 1990s.

Sevilla marked his passing by taking to the field wearing shirts in the style of that 1992/93 season with his number ten on the back, while Barcelona opted for something a little more low-key.

The Catalan club put a shirt identical to the one Maradona would have worn during his time at the club in the centre-circle and in the director’s box, and marked the moment of silence with the music of Argentine legend Carlos Gardel.

The camera unsurprisingly paid close attention to Lionel Messi‘s reactions, with the Argentine being the closest challenger to Maradona’s mantle of the greatest footballer of all time as well as a compatriot and former colleague.