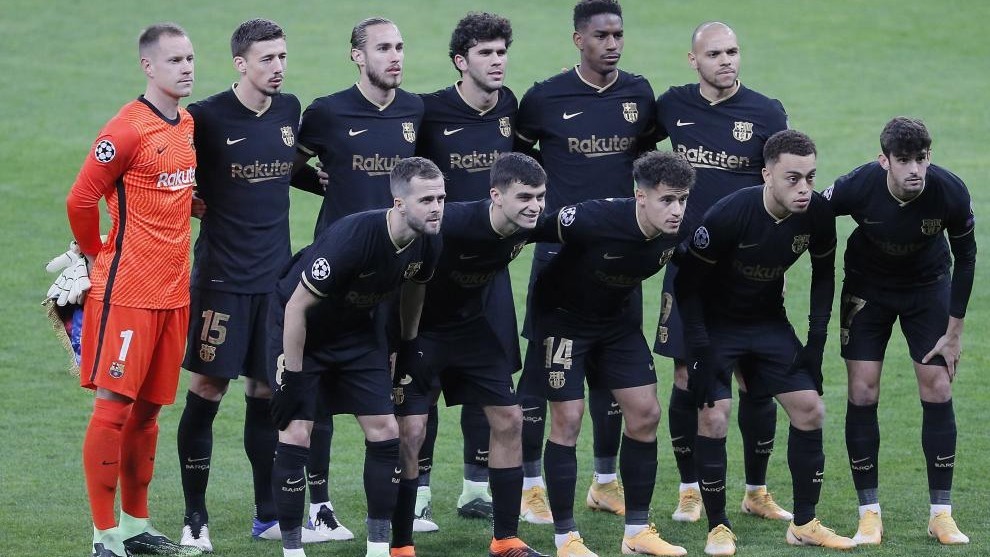 The stat that offers Barcelona great hope for the future

Barcelona ran out comfortable 4-0 victors at Dynamo Kiev in the Champions League this midweek and booked their place in the Round of 16 of the competition.

The result came just three months after Barcelona’s 8-2 Champions League defeat against Bayern Munich and Marca have highlighted a remarkable difference between those two sides in such a short space of time.

Central defender Clement Lenglet was the only outfield player to start both games but, more remarkably, the average age of the club’s starting XI in Kiev was just 24.09, while the starting line-up that lost against Bayern was on average 29.5 – more than five years older per player.

Players such as Arturo Vidal, Ivan Rakitic and Luis Suarez (all sold) have been moved on, while Gerard Pique, Lionel Messi, Jordi Alba and Sergio Busquets were either injured or rested this midweek.

However, the teenage Pedri is leading the youth revolution (while Ansu Fati is out injured) while Sergino Dest, Francisco Trincao and Carles Alena also show young players are available – with summer signing Miralem Pjanic the only starter aged 30 or over.

Barcelona news has been defined in recent times by a squad overhaul and cutting the wage bill, but this offers hope for the future.