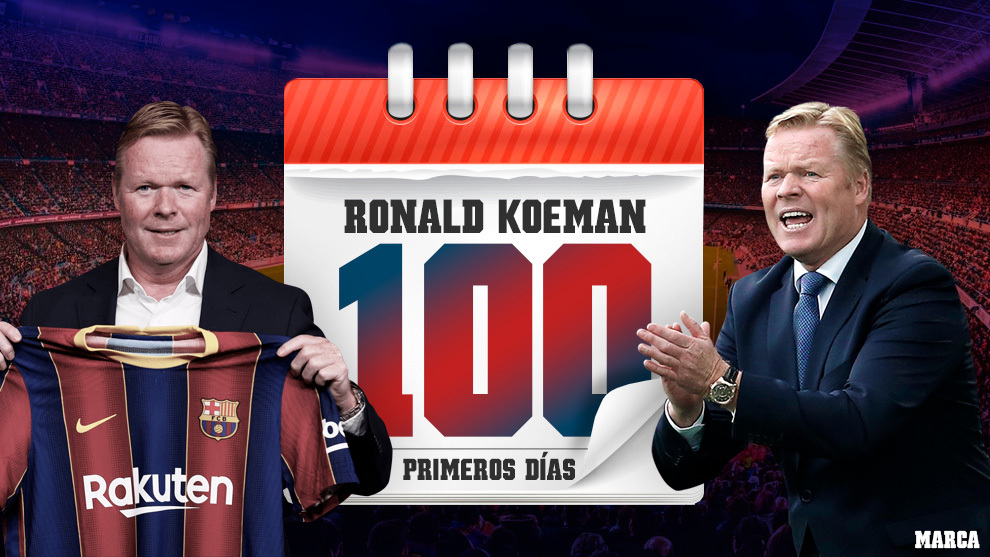 Friday saw Ronald Koeman mark his first 100 days in charge of Barcelona, having replaced Quique Setien at the helm this summer.

The first 100 days of someone in a new role is often seen as a landmark in terms of measuring initial success or struggles, with Marca highlighting the landmark and how the Dutchman rates so far.

Whilst the Blaugrana have impressed in Europe – winning all four Champions League group stage to ease into the Round of 16 – Barcelona news has been focused by their below par form in La Liga; they have won just once in their last six league games and have only 11 points from their opening eight games.

It is highlighted that Koeman– due to his legendary playing status at the club – demands authority and respect, and how it is admirable that he attempts to change the style of play from a 4-3-3 to 4-2-3-1, the results so far do not offer a positive outlook.

It appears that his relationship with Lionel Messi is strong, or stronger than the Argentine’s had been with Setien, but he continues to struggle to find his best form in the new system and is not at the peak of his powers.

It is outlined how Koeman’s commitment to youth and rejuvenating the dressing room, along with adding intensity to the training sessions are hugely welcome factors.

Furthermore, the Dutchman has asked for signings, the report adds, that have not yet been delivered and he has not yet complained.

It may be only 100 days, but that often feels like an eternity in the world of football.