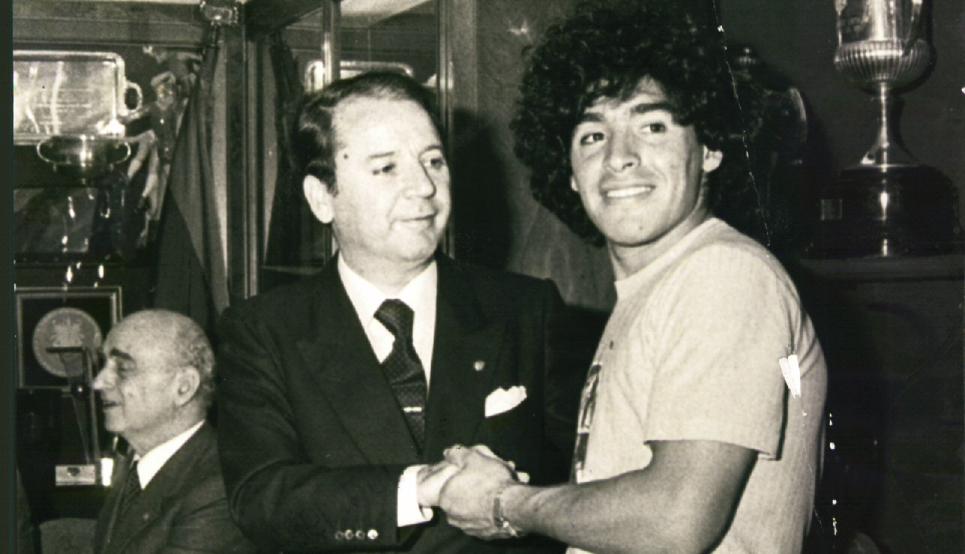 Josep Lluis Nunez, the former Barcelona president, was the man who sold Diego Maradona to Napoli in 1984 two years after signing him to much acclaim from Boca Juniors.

Maradona would go on to play the best football of his career in the south of Italy, leading the unfancied Napoli to two Scudettos at a time when Serie A was the strongest league in the world.

The Argentine would also win the World Cup almost single-handedly in Mexico two years after he left Barcelona.

Nunez, speaking in an old interview, revealed that it was a combination of Maradona not living up to the image he believed Barcelona players should project, a drug issue and the promise of more money that made him sell the Argentine.

“I had a complaint from the police, who came and told me to be very careful with the issue [of Maradona using drugs],” Nunez told TV3 in quotes carried by Mundo Deportivo.

“I spoke with Maradona, who said no, it wasn’t true. At least that’s what he told me. Barcelona has to have players with a refined image, who are not seeking conflict and benefit the club’s image.”

Nunez was then pressed on why Maradona always spoke poorly of him after leaving Catalonia. “What I have never understood is a player who leaves Barcelona because he has a better contract but says that it’s the fault of the president,” he said.

“It’s easy to explain the truth to fans, that, as a professional, you have to take advantage of a better offer because your career is short. I have not yet met a player who says he is leaving Barcelona because he has a better contract elsewhere.”

Nunez served as president of Barcelona from 1978 to 2000, and died in 2018. The Basque oversaw Barcelona’s most successful ever period in terms of trophies.

Maradona died at the age of 60 in Tigre, Buenos Aires, yesterday afternoon. He had been suffering from repeated health problems in the final decades of his life and passed away after suffering a cardiac arrest.