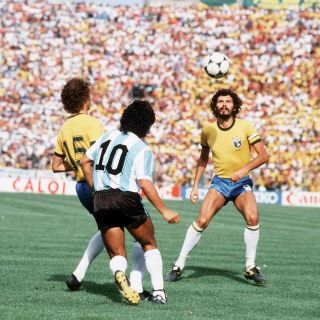 Ex-Barcelona and Sevilla star Diego Maradona passed away on Wednesday in Tigre, Buenos Aires, at the age of 60.

Clarin Deportes, in a story carried by Diario AS, have published an account of his last days.

His doctors’ had intended on returning Maradona to work little by little, but they abandoned this idea in the past week due to his several health relapses and mood drops.

He had been monitored closely ever since he was discharged from the Olivos Clinic after undergoing an operation for a subdural hematoma in his brain.

He had also been under intensive treatment in order to stabilise his mental and physical state after it deteriorated due to his addiction to alcohol and psychotropic drugs. Recovery, if possible, was always going to be long-term.

Maradona was living in his new home in Tigre with a 24-hour live-in nurse. He performed exercises with his kinesiologist to improve his motor skills, was surrounded by his inner circle and received regular visits from his children, especially Gianinna and Jana. Avoiding alcohol consumption was essential in avoiding relapse.

The second stage of his treatment, organised by his doctor Leopoldo Luque, aimed to find motivations that would inspire his recovery.

That attempt, however, was like trying to start an engine that had been turned off. “Nothing motivates him,” those close to Maradona said on the eve of his 60th birthday.

Returning to work as coach of Gimnasia de la Plata was what seemed to be his great desire. It was an incentive encouraged by his doctors as part of his recovery, suggesting that maybe he could go to a game or training session once a week.

Maradona’s daughters were heavily involved in his recovery, but in recent days things took a turn for the worse. Ultimately, he had finally found a challenge that he couldn’t respond to.