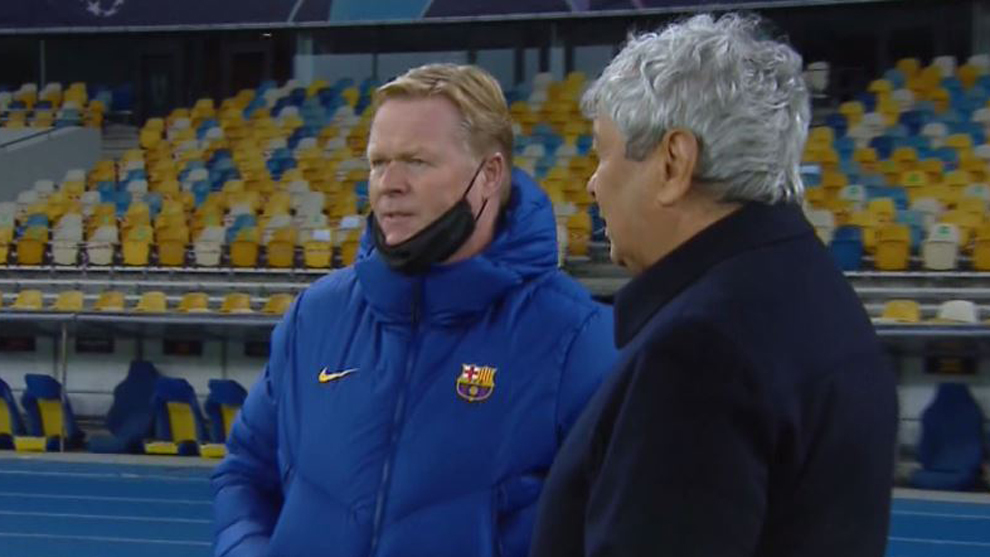 Barcelona coach Ronald Koeman was captured by the Movistar+ cameras and quoted by Marca telling Dynamo Kyiv coach Mircea Lecescu that Gerard Pique could be out for “four or five months”.

The pair were chatting before their Champions League clash in Ukraine on Tuesday evening, which Barcelona won 4-0. Pique was injured during Barcelona’s 1-0 defeat to Atletico Madrid this past weekend, but there’s been no official statement as to how much time the Catalan defender will spend on the sidelines.

Speculation about how long he’ll be out for has dominated Barcelona news in recent days.

“I watched the [Atletico] game,” Lecescu said. “You played well in the first half, your football was very good.”

“They defend very well,” Koeman responded. “They are very strong in defence.”

“But you had chances to score,” said Lecescu.

“Yes, yes,” Koeman replied. “We are having bad luck with injuries.

“But, you know, you have the same problems. It’s crazy.”

Despite their injury problems, the Catalans managed to produce an especially impressive second-half performance to blow away their hosts and secure passage to the knockout stages of the Champions League with two games to spare.