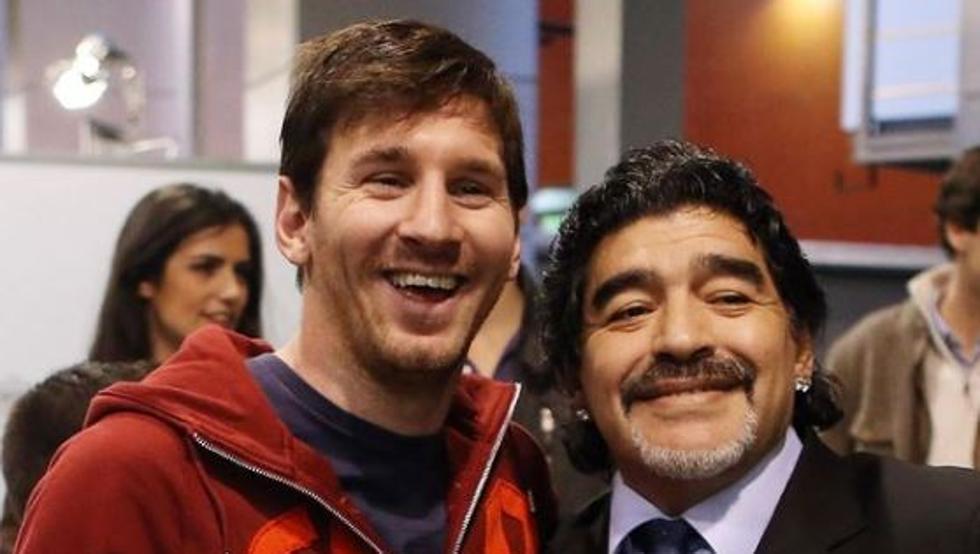 Barcelona star Lionel Messi has paid an emotional tribute to the late Diego Maradona: “He leaves us but he does not leave, because Diego is eternal.”

Maradona’s death was confirmed on Wednesday after he suffered a cardiac arrest at a home in Tigre, Argentina after recuperating from the removal of a blood clot on the brain.

Both players were icons at the Catalan giants and also for their international side Argentina, with both playmakers, each adorning the number 10 shirt for club and country, while both are also left-footed.

Messi wrote on his Instagram account: “This is a very sad day for all Argentines and for football. He leaves us but he does not leave, because Diego is eternal.

“I keep all the beautiful moments lived with him and I wanted to take the opportunity to send my condolences to all his family and friends. RIP.”

Maradona was on the bench for Gimnasia La Plata’s 3-0 win over Patronato on October 30, before celebrating his 60th birthday that weekend.

The greatest footballer of his generation had been recuperating from the removal of a blood clot on his brain which was discovered shortly after his birthday, before Wednesday’s tragic news was confirmed.