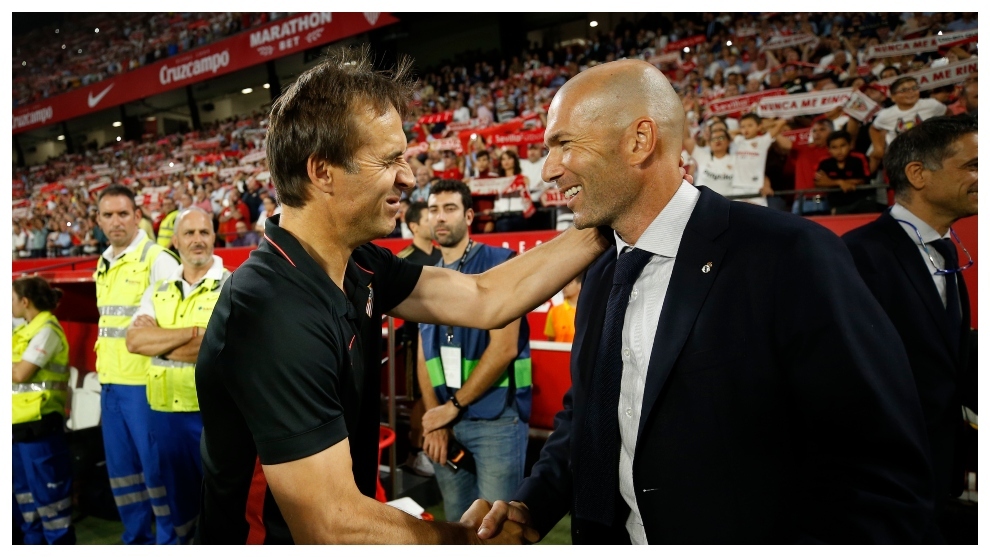 The managers of Real Madrid and Sevilla have both been named on the five-man shortlist for The Best FIFA Men’s Coach 2020 award.

Zinedine Zidane led Los Blancos to their first La Liga title since 2017 – inspired by an impressive 10-game winning streak after the resumption of the league in June – while Julen Lopetegui guided the Andalusian club to a record sixth Europa League title.

Bayern Munich boss Hansi Flick is the strong favourite for the award having guided the German giants to a treble of trophies, including last season’s Champions League title – defeating Barcelona 8-2 along the way.

Liverpool boss Jurgen Klopp – who led the Reds to their first league title in 30 years – and Marcelo Bielsa, who guided Leeds back to the Premier League for the first time since 2004, are also on the shortlist.

Klopp is the current holder of the award, which Zidane won in 2017.