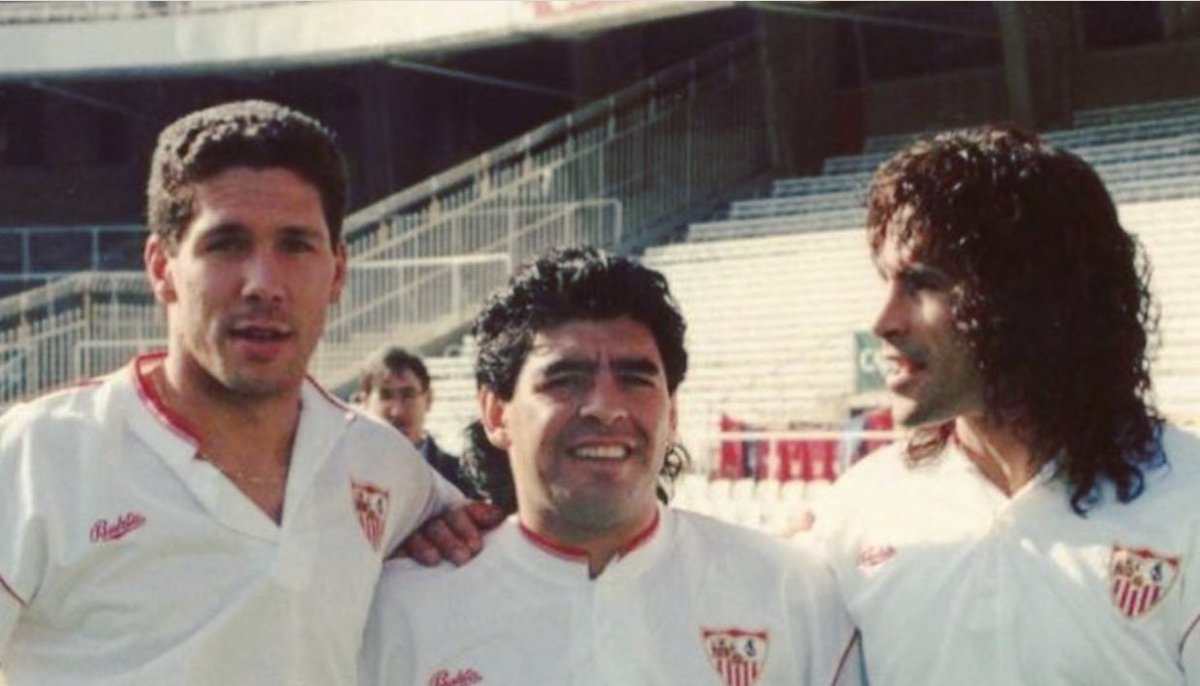 Diego Simeone: Diego Maradona “was and is the best”

Atletico Madrid coach Diego Simeone has spoken in tribute of Diego Maradona, who passed away on Wednesday in Tigre, Buenos Aires.

Simeone played with Maradona at Sevilla in the early 1990s as well as with the Argentine national team.

Ten years younger than Maradona, Simeone was in the generational sweet spot where was young enough to idolise Maradona but old enough to play alongside him.

“A legend has left us,” Simeone said after Atletico’s 0-0 draw with Lokomotiv Moscow in the Champions League.

At opposite ends of their careers, they spent seven years together as Argentina teammates 🇦🇷 pic.twitter.com/YJyyGAMUKE

“Our generation, at eight or nine years old, watched Diego. He was our guide to what football was. Maradona is football. He looked after me at Sevilla when I was young and he showed me what it meant to play for Argentina. He was and is the best.”

Simeone enjoyed two playing spells with Atletico in Spain after he left Sevilla, before returning as a coach to take charge of Los Rojiblancos in 2011. He’s remained in situ at Madrid ever since.