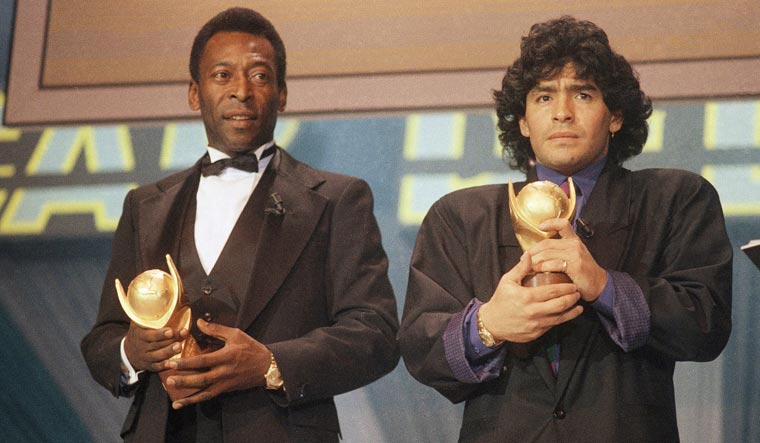 They’ve long been held up as the two of the greatest footballers to have ever lived.

Pele starred for Brazil while Diego Maradona shone for his beloved Argentina, but the pair were said to have shared a relationship of great respect.

Their playing careers never clashed, with Pele retiring in 1977 with New York Cosmos while Maradona’s career was just getting started with Argentinos Juniors.

Pele paid respect to Maradona on Wednesday, after the Argentine legend passed away at the age of 60 in Buenos Aires.

“Someday we’ll kick a ball in Heaven together, Diego,” Pele said to Reuters in comments carried by Marca. “It’s so sad to lose friends like this.”

Pele won three World Cups with Brazil, in 1958, 1962 and 1970. Maradona lifted the World Cup in 1986 with Argentina. Curiously, both lifted a World Cup in Mexico City’s Azteca Stadium.

Maradona also spent time in Spain. He played in the 1982 World Cup hosted in the country as well as enjoying playing spells with Barcelona and Sevilla at either side of his peak with Napoli.

Featured image courtesy of This Week.