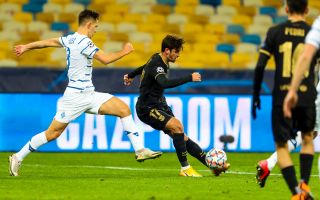 Despite this, the Catalans managed to produce an especially impressive second-half performance to blow away their hosts and secure passage to the knockout stages of the Champions League with two games to spare.

There was also a number of debutants in the game. Oscar Mingueza started at centre-back while Matheus Fernandes and Konrad de la Fuente both came on in the second half.

After a tough first half where they dominated possession but failed to find a breakthrough, their hard work was rewarded after the restart, six minutes after to be precise, through a Dest goal.

The right back scored his first goal for the club and played a role in the build-up, too. He started from deep before seeing the ball fall to Braithwaite, who fed him in turn down the right side. Dest made no mistake with his finish, a remarkably cool effort, to give Barcelona a 1-0 lead.

Just five minutes later, Barcelona doubled their advantage. Braithwaite, having just assisted Dest, got his name on the score sheet. Debutant Mingueza flicked on a header from a corner for the Dane to finish at the back post.

Braithwaite got his second and Barcelona’s third a quarter of an hour later, slotting low and hard to the left with his penalty kick after being the one fouled to earn it.

Then, in injury time, French forward Griezmann put the icing on the cake for the Catalans to make it 4-0 and put Barcelona into the knockout stages of the Champions League. A good day’s work for the Catalans. 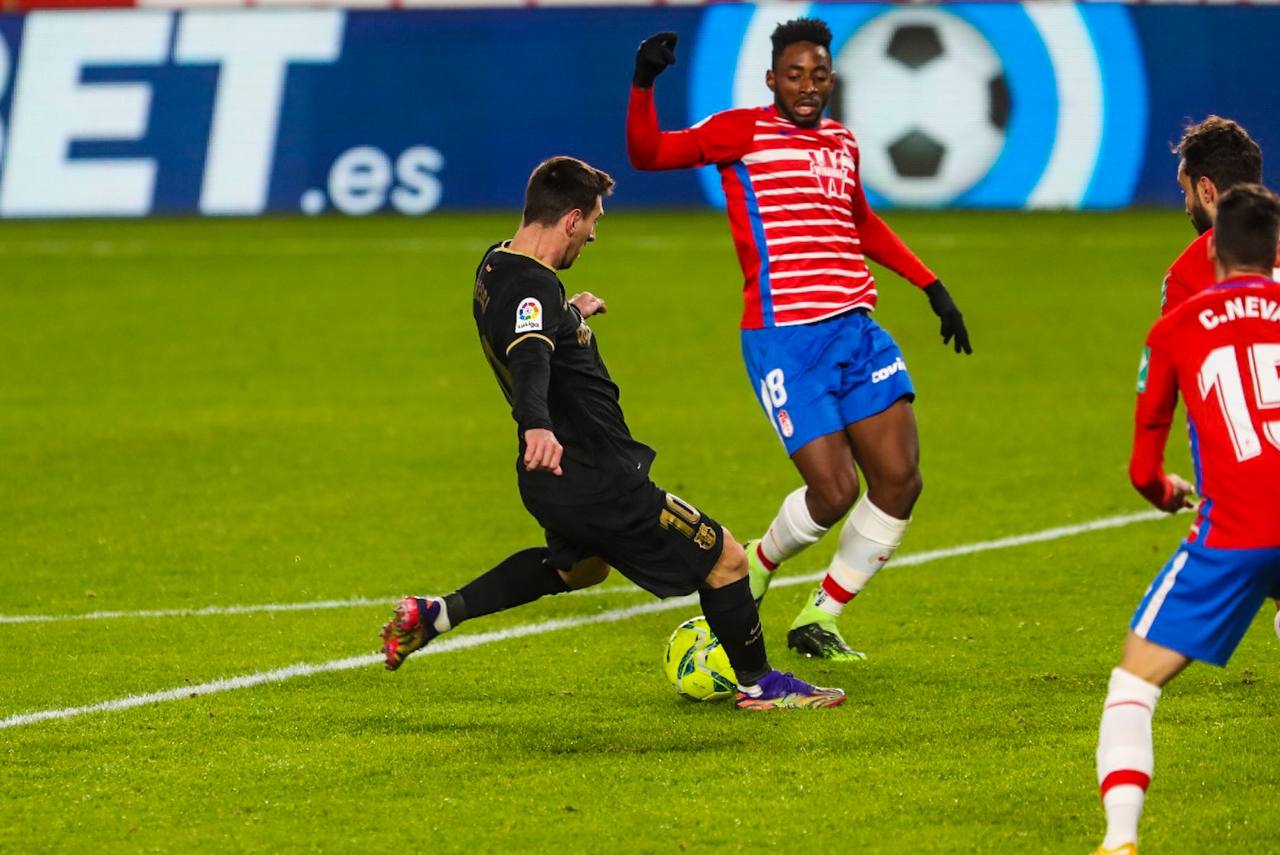