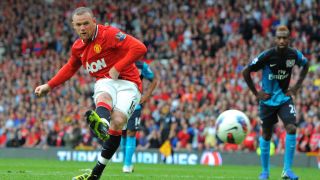 Wayne Rooney on 2010 Manchester United transfer request: “I was ready to go and play in Spain”

Wayne Rooney has confirmed he came close to moving to La Liga in 2010 after handing in a transfer request at Manchester United.

The former England captain netted 253 goals in 559 appearances for United between 2004 and 2017, becoming their all-time leading goal scorer – a record he also secured for his nation.

However, he came close to leaving Old Trafford early in the 2010/11 campaign as he handed in a transfer request.

Now, the current Derby County admitted that there were three clubs who he could have joined at that point – including two La Liga giants.

He has revealed how his preference would have been for a move to Barcelona, although at that particular time an opportunity to join their El Clasico rivals Real Madrid was more likely.

Ironically, the forward netted in that season’s Champions League final against the Blaugrana – although Pep Guardiola’s side ran out 3-1 victors on that occasion.

“I think it was well documented that Chelsea and Mourinho wanted to sign me,” Rooney said on the UTD Podcast, as quoted by the Mirror.

“There was Real Madrid, Barcelona and the Man City thing keeps cropping up, but there was never the option for me to go there.

“Although there were rumours on that as well, but the other three, really, were more realistic options.

“In my head, at the time, in that two-day period, I was ready to go and play in Spain.

“Ideally, I would have liked to have gone to Barcelona, but it was looking more likely to be Real Madrid than Barcelona. Chelsea were always there as well.” 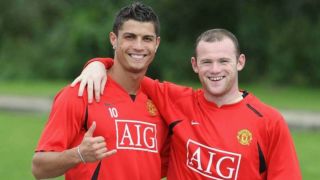