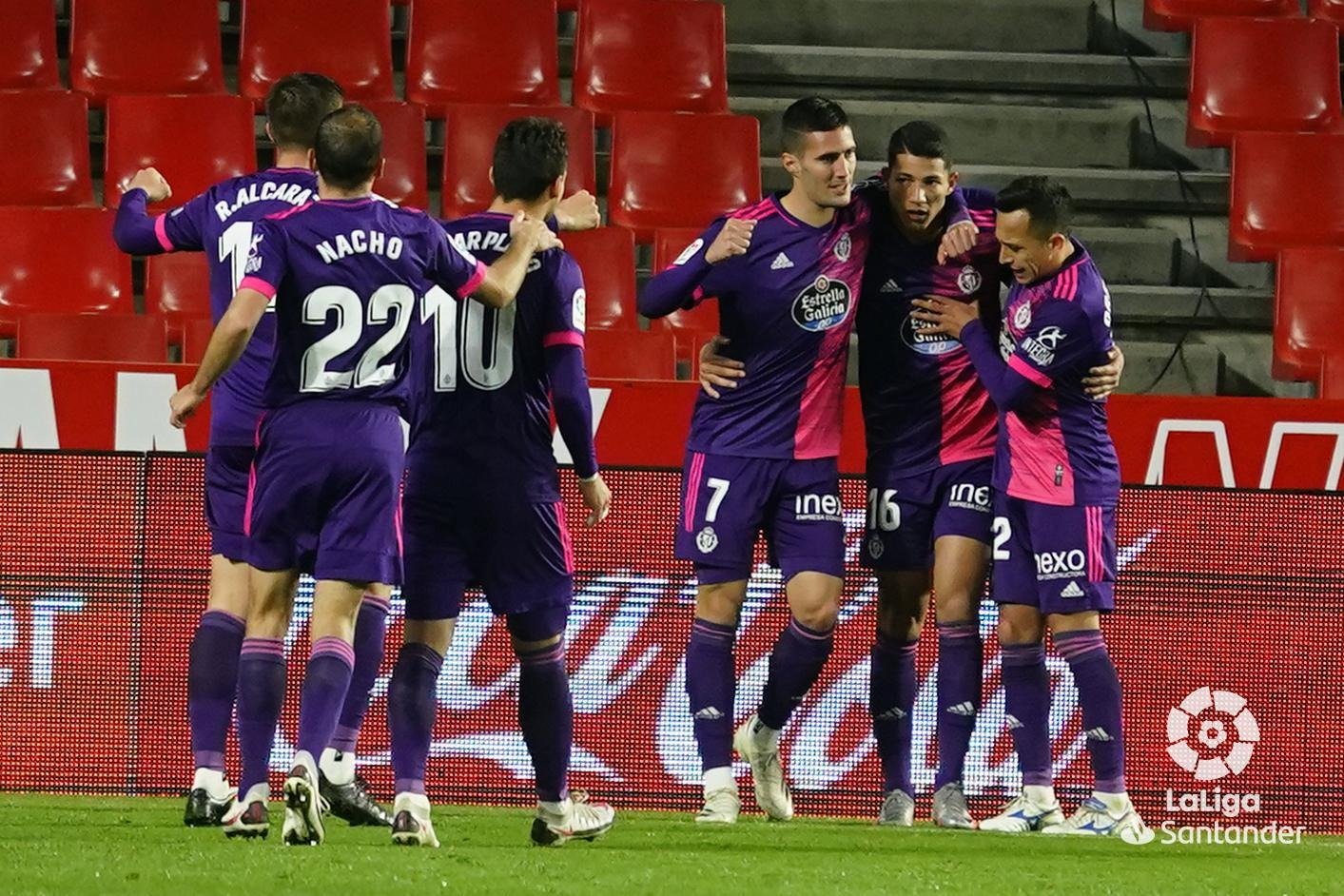 Real Valladolid secured a massive three points away at Granada on Sunday evening, beating the in-form Andalusians 3-1 to lift themselves off the bottom of the table and out of the relegation zone.

Oscar Plano and Marcos de Sousa got Valladolid off to a flyer in the south of Spain before Domingos Duarte got a goal back on the hour mark to induce a somewhat nervy ending for a team not used to seeing out victories.

The visitors held their nerve, however, and were rewarded by putting the result beyond all doubt in the 90th minute through a goal from Jota, their Portuguese winger on loan from Benfica.

The result is remarkable given that after failing to win any of their opening eight La Liga games this season Valladolid have now won two on the bounce.

Next up for Valladolid is Levante at home next Friday, before they travel to the capital to take on Atletico Madrid the week after.

Granada play AC Omonia in the Europa League on Thursday night before travelling to Galicia to face Celta Vigo. They stay sixth, a point clear of Sevilla with a game more played.