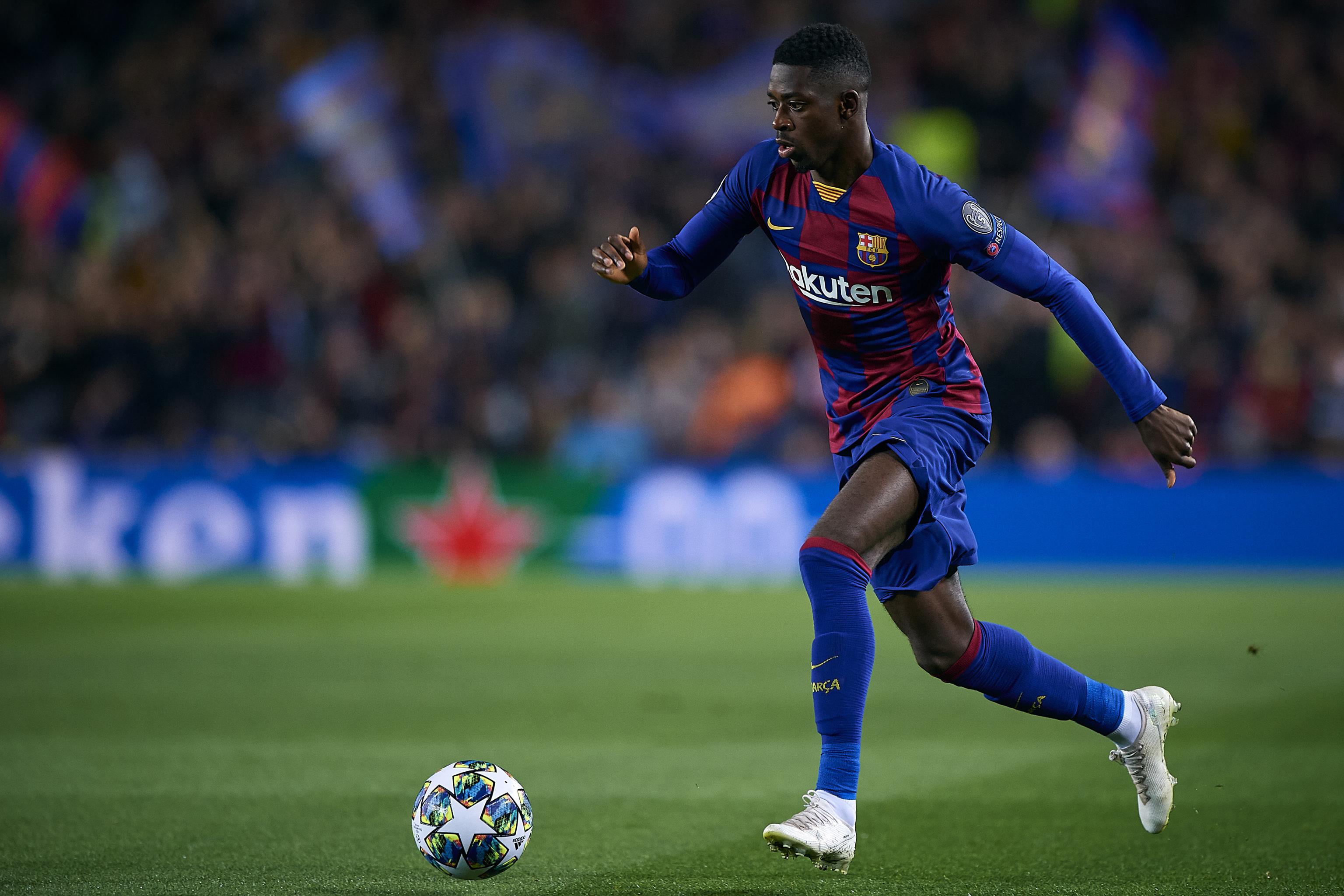 Barcelona forward Ousmane Dembele has joined the growing list of injured La Blaugrana stars ahead of their UEFA Champions League clash with Dynamo Kyiv in midweek.

Defensive pair Sergi Roberto and Gerard Pique were taken off injured in this weekend 2-0 La Liga defeat away at Atletico Madrid, with both players sidelined until at least early 2021.

However, according to reports from Mundo Deportivo, French international Dembele suffered a shoulder sprain at the Wanda Metropolitano, and he now faces a spell out of action.

Koeman declined to substitute the former Borussia Dortmund star, despite Dembele signalling the injury to the Barcelona bench, and he is certain to miss the trip to Ukraine on November 24.

Speculation is rife on how long he is expected to be out for, but even a minor sprain would require a month of rehabilitation, meaning he could miss up to eight games in all competitions.

Koeman’s out of form side face a hectic schedule of fixtures before the end of 2020, with Pique, Roberto, Ansu Fati and Samuel Umtiti all unlikely to feature again before January, and Sergio Busquets out for two weeks with a groin injury.

Barcelona working to renew the contract of French forward
16 November 2020, 12:02