One of the most anticipated features ahead of Atletico Madrid‘s clash with Barcelona on Saturday evening was Luis Suarez coming up against the team that deemed him surplus to requirements just this past summer.

The Uruguayan has started quickly at his new club, grabbing a brace on his debut and five goals from his first nine games.

Suarez has combined this with strong form for his country, scoring his 63rd international goal in Uruguay’s 3-0 defeat of Colombia in Barranquilla last week and overtaking Ronaldo Nazario in terms of international goals scored.

El Pistolero had been written off by many at Camp Nou as being past his best but has looked revitalised since joining Diego Simeone‘s potent combination of grit and guile in the Spanish capital.

Suarez was ultimately unable to partake in Atleti’s 1-0 victory because he tested positive for COVID-19 upon his return from the international break, alongside Uruguayan teammate Lucas Torreira.

Suarez is self-isolating at home, but posted a photo of the team celebrating the victory in the dressing room after the game on Instagram, including the caption “Great team +3” as shared by Diario Sport. 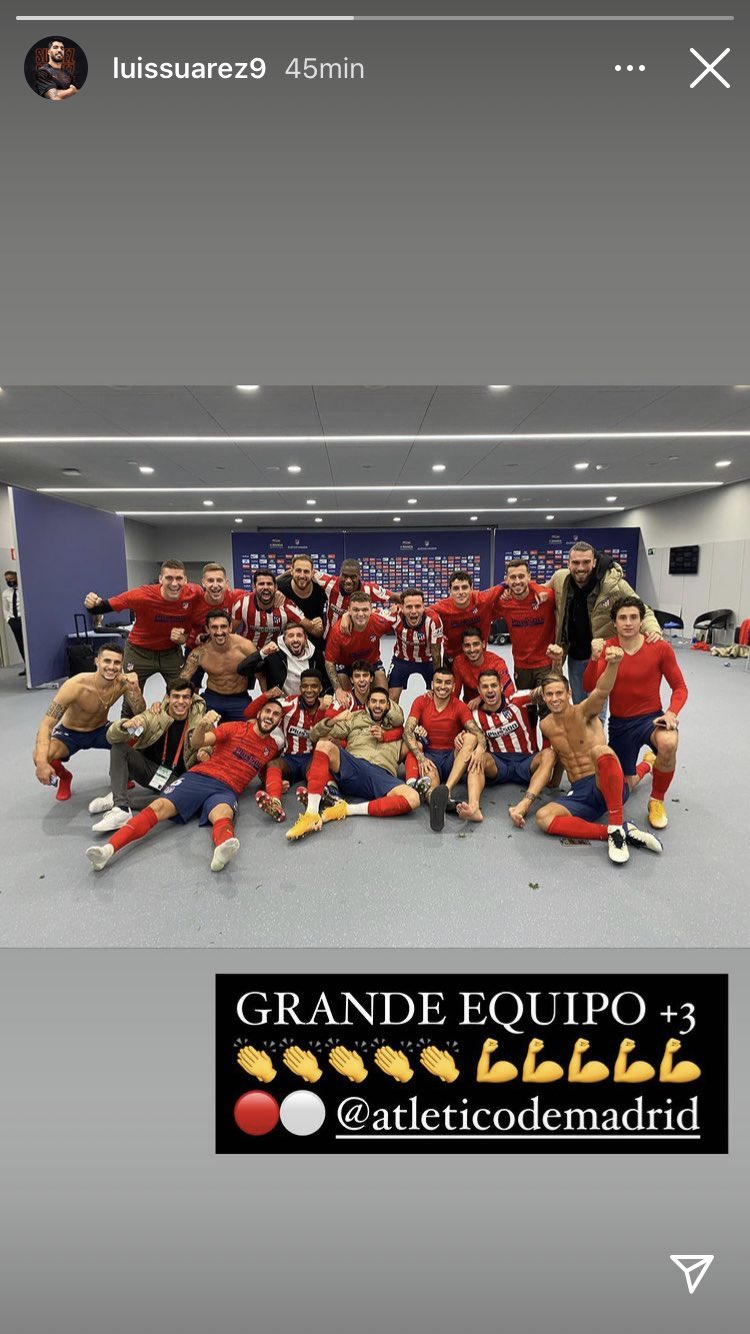 The Uruguayan striker joined Barcelona from Liverpool in the summer of 2014, and scored 195 goals for the Catalan club in 283 games. Suarez won four La Liga titles and the Champions League, among many other honours, at Camp Nou.