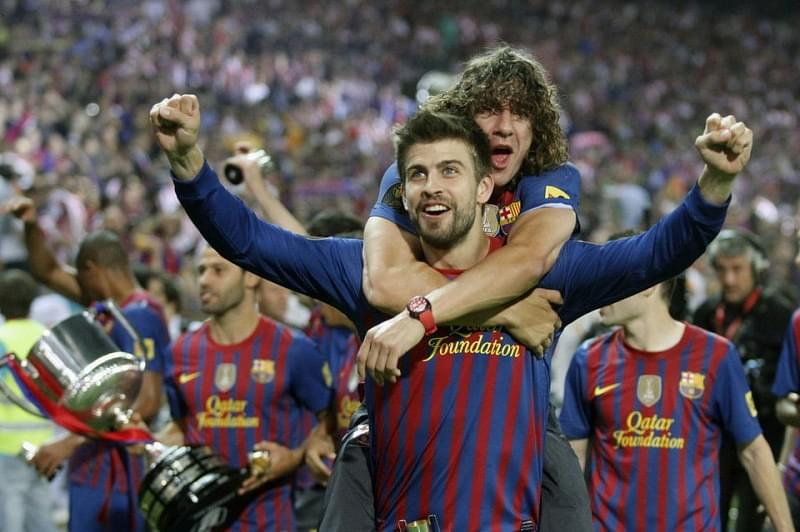 Former Barcelona captain and club legend Carles Puyol has sent a message of support to his old teammate Gerard Pique after the defender sustained a nasty injury against Atletico Madrid on Saturday evening.

The injury occurred around the hour mark during Barcelona’s 1-0 defeat to Atletico, when Angel Correa came down on Pique’s right leg.

Initial estimates indicate that the Catalan could miss up to six months of action, a long time when you’re 33 and coming toward the end of your career amongst the elite.

📸 – Uff. That right leg. Doesn’t look good at all for Pique. pic.twitter.com/RpQ7f3dEUS

The injury has added to coach Ronald Koeman’s problems. The Dutchman now has just Clement Lenglet fit as a natural centre-back, with alternatives Ronald Araujo and Samuel Umtiti both also injured. Frenkie de Jong is expected to drop back to plug the gap.

Barcelona had been linked with a move for Manchester City centre-back Eric Garcia, and Pique’s injury will perhaps increase their urgency.

Saturday’s defeat puts the Azulgrana in tenth, nine points behind league leaders Real Sociedad and five clear of bottom-placed Huesca. Barcelona, in the middle of November, are closer to the bottom than they are to the top.