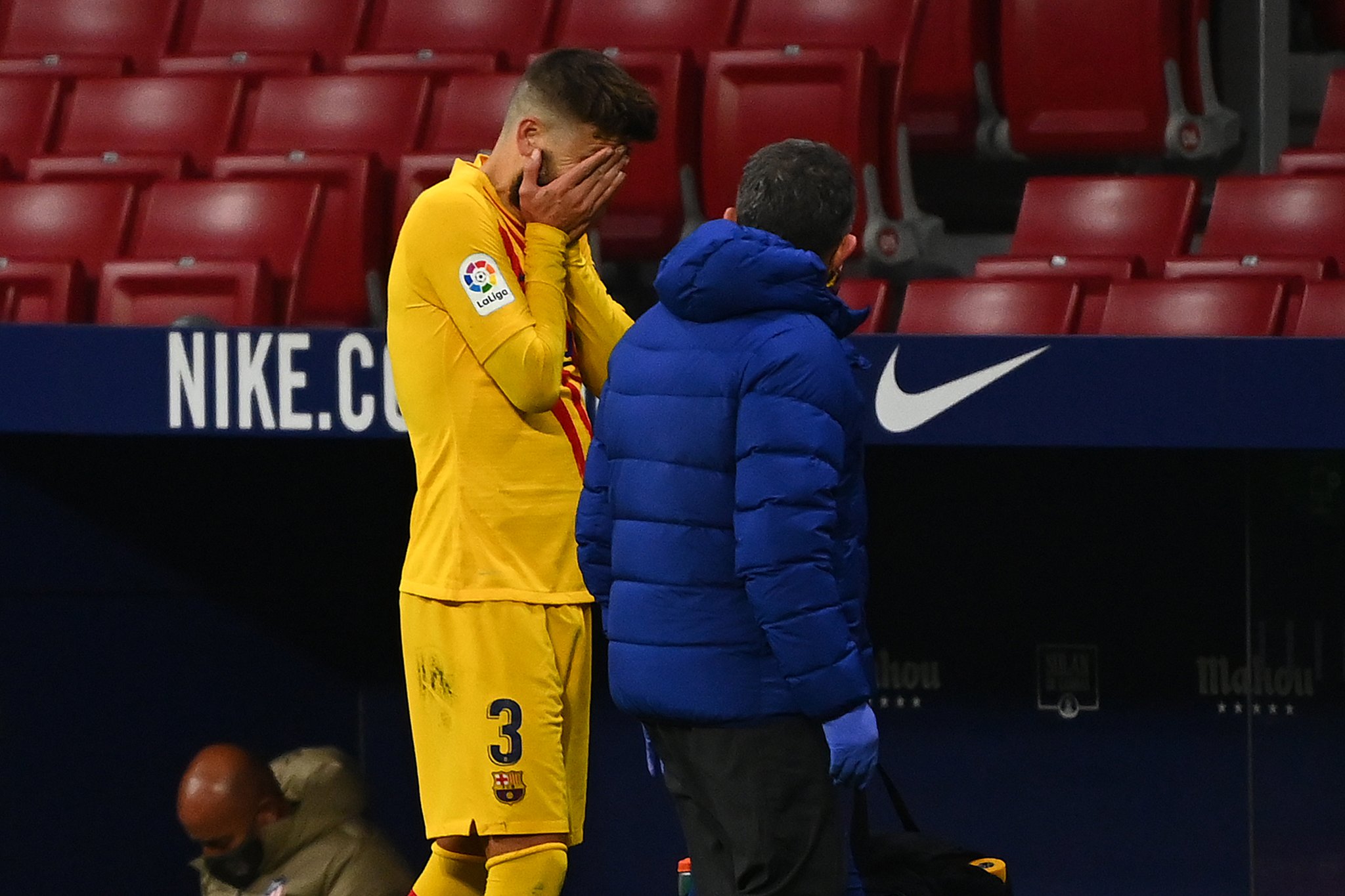 Barcelona have offered two separate injury updates for Gerard Pique and Sergi Roberto. Both suffered problems during their La Liga defeat against Atletico Madrid at the Wanda Metropolitano on Saturday evening.

“Gerard Pique has a sprain in his right knee,” explained the statement provided by Barcelona’s medical team and carried by Diario Sport. “More tests are pending to learn the exact extent of the injury.

“Sergi Roberto has a muscle injury in the rectus femoris of his right thigh. More tests are pending to learn the exact extent of the injury.”

Pique’s injury looked bad given the way he left the field, so a lot is riding on the results of Sunday’s tests. If it’s just a sprain, as announced in the initial diagnosis, the centre-back could miss just two months, but if the worst is confirmed and a surgical intervention is necessary it could be between four and six.

Sergio Roberto’s case is less serious, but it adds to a growing list of casualties at Camp Nou. The defensive pair join Ronald Araujo, Sergio Busquets, Ansu Fati and Samuel Umtiti in the Barcelona treatment room.

The Azulgrana face two consecutive weeks with Champions League clashes in foreign lands – this Tuesday in Ukraine and the following Wednesday in Hungary.