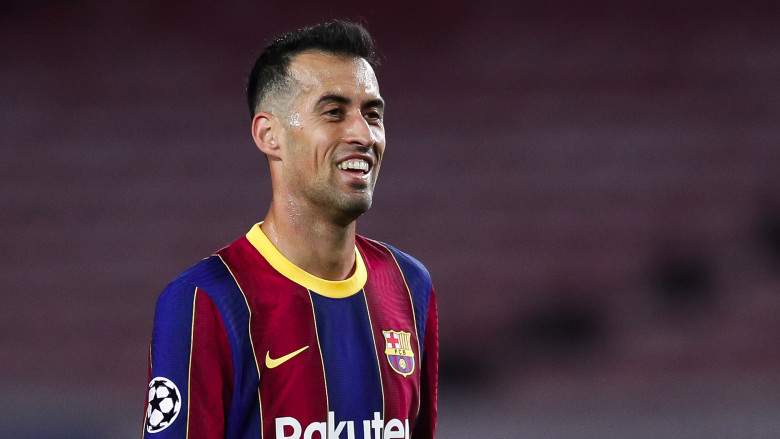 Gerard Pique, Sergi Roberto and Ansu Fati have all been ruled out for months rather than weeks, and while Busquets’ injury isn’t as serious his absence will still be felt.

Busquets suffered a grade one sprain in the external lateral ligament of his left knee during Spain’s draw with Switzerland on November 14th, and didn’t take to the grass at training on Sunday in Catalonia. It’s expected he’s going to need to take between ten and fifteen days to recover according to Diario AS.

Centre-backs Ronald Araujo and Samuel Umtiti are also both injured, alongside the aforementioned Pique, so Koeman has a challenge on his hands to build a balanced team for the game on Tuesday. Frenkie de Jong is expected to drop back into the centre of defence alongside Clement Lenglet.

Lionel Messi and Antoine Griezmann also didn’t take to the field during the recovery session on Sunday, with both taking a bath and a massage session, and neither did Ousmane Dembele, who is suffering from a shoulder complaint.

Born in Sabadell, Catalonia, Busquets has spent his entire professional career with Barcelona, making almost 400 appearances to complement over 100 caps for his country.