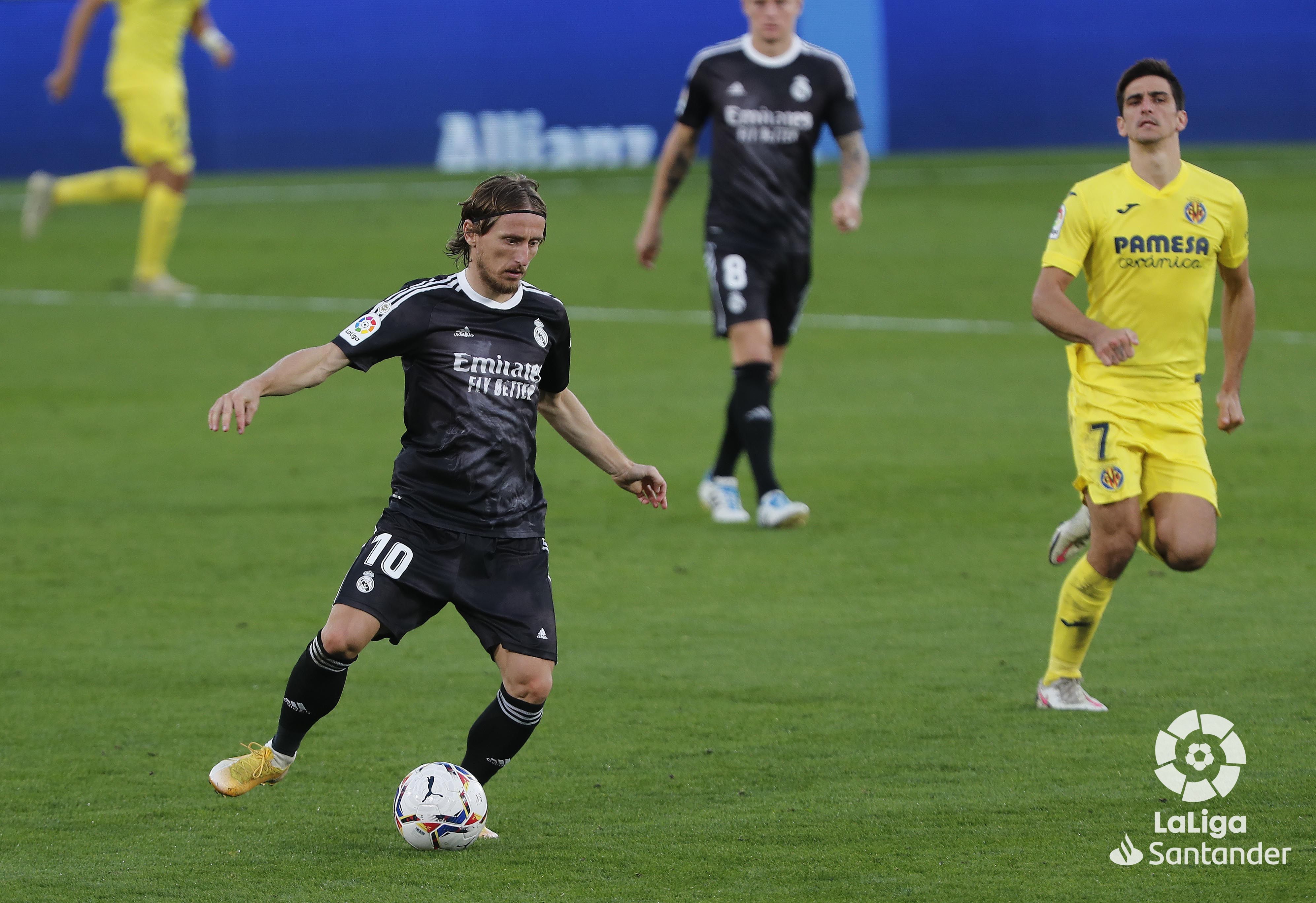 Real Madrid star Luka Modric produced a moment of magic on Saturday afternoon during the 1-1 draw at La Ceramica, playing out from his area by beating four Villarreal players in typically nonchalant style.

They managed, however, to get things off to a good start, Mariano Diaz deputising well for Karim Benzema with a goal inside three minutes.

Nah, no big deal. Just Luka Modric dribbling out of his own area past four men 😂

Villarreal equalised, however, just as the game entered into the final quarter of an hour.

Samuel Chukwueze, who came on during the second half for the hosts and was a constant menace, earned a penalty after being brought down by Madrid goalkeeper Thibaut Courtois in the box.

Gerard Moreno stepped up to take it and made no mistake, coolly slotting his effort into the bottom left corner of the net. Courtois was furious with himself as he came close to getting a hand on it.

The result was probably a fair one given the balance of play. Madrid were much the better side for the first 45 but tired visibly in the second half, while the hosts made intelligent changes that altered the balance of the clash.

Modric is 35, and has played for Madrid since 2012. He’s the only player to have won the Ballon d’Or other than Cristiano Ronaldo or Lionel Messi since Kaka in 2007.