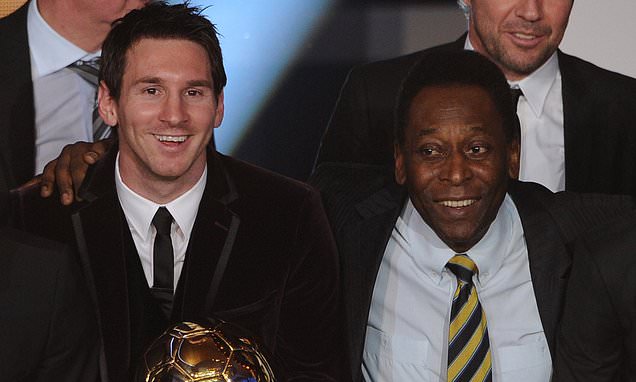 Lionel Messi could be in line to hit yet another record this evening, this time one belonging to one of the greatest footballers of all time, Pele.

Messi has scored 640 goals for Barcelona and is only three short of Pele’s record of 643 for Santos, as Mundo Deportivo point out.

The only thing he’s missing is a hat-trick, so if he can pull it off this evening against Atletico Madrid at the Wanda Metropolitano he’ll have more to celebrate than just three points. 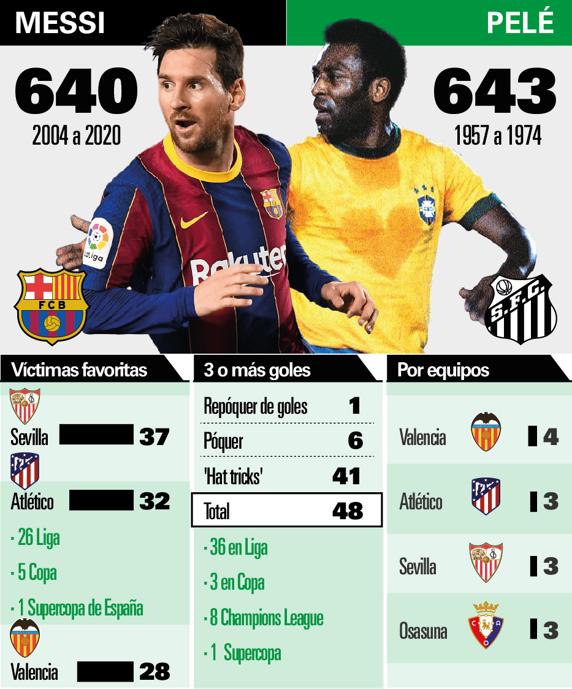 There is a precedent to consider this as a realistic possibility. The Argentine has scored three hat-tricks against Atleti in the past, two in the league at Camp Nou and one in the cup at the Vicente Calderon. In total, he’s scored 48 hat-tricks.

Atleti is one of Messi’s favourite victims, with the Barcelona star scoring 32 times in 41 games against them – 26 in the league, five in the cup and one in the Spanish Super Cup. He also has three braces to go alongside those three aforementioned hat-tricks, although the only one he achieved in Madrid was in 2009.

His performance that day was so spectacular that the Calderon gave him a standing ovation as he left the field after serving as architect of Barcelona’s 3-1 victory.

Messi has reached 640 goals for the Azulgrana in 16 years, while Pele hit 643 in 17. Pele spent the vast majority of his career with Santos in his native Brazil before a two-year spell with New York Cosmos in the United States.