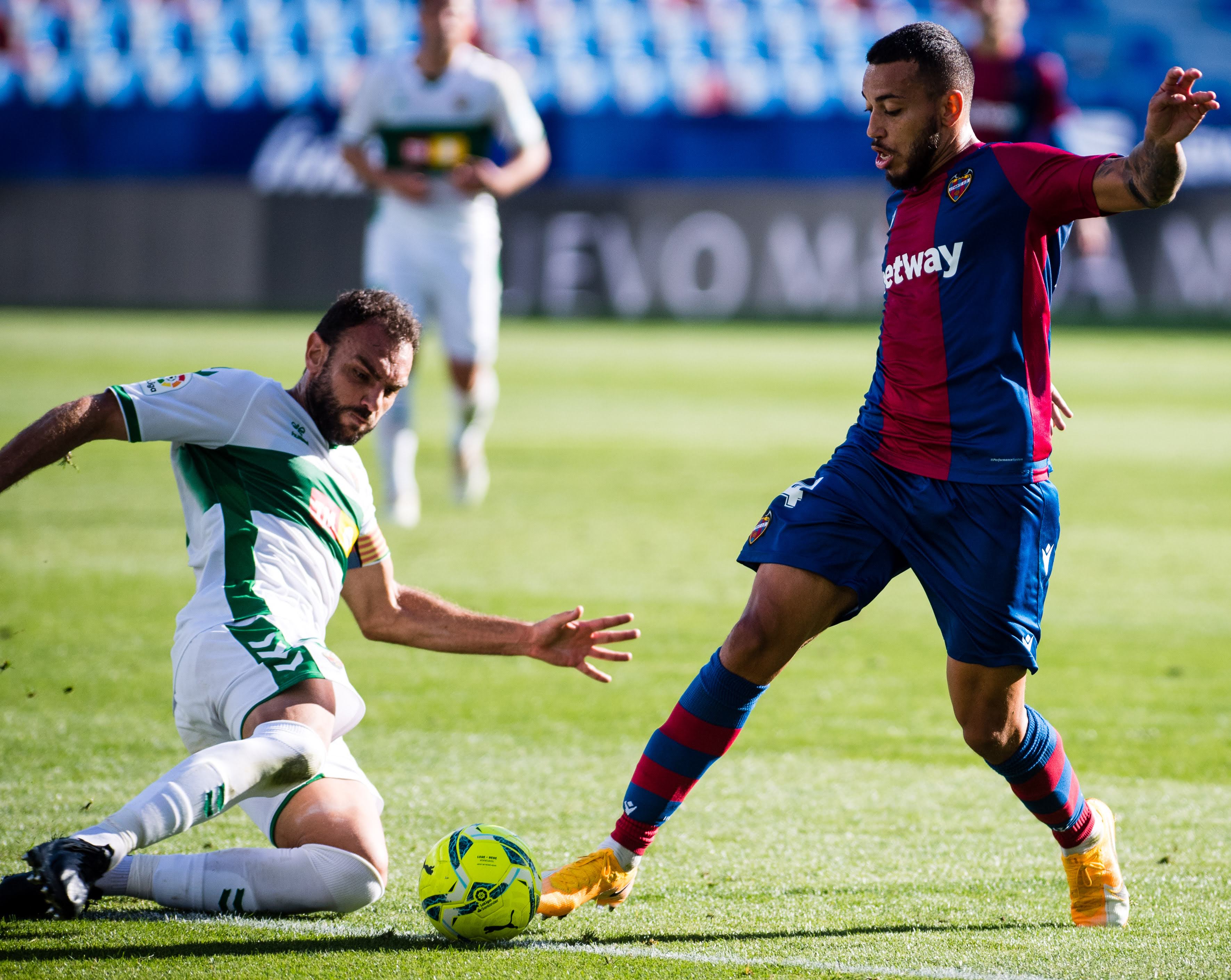 Elche earn a point away at Levante

Elche earned a 1-1 away draw at Levante on Saturday afternoon at the Ciutat de Valencia Stadium.

Gonzalo Melero opened the scoring for the hosts, assisted by Andalusian playmaker Jose Campana, only for Tete Morente to grab an equaliser on the hour mark.

Campana was perhaps the star of the show in what was a tight game, with the result leaving Elche in seventh position in the league table, just two points behind sixth-placed Cadiz.

For Levante, the result takes them out of the bottom three, leapfrogging Huesca. Should Celta Vigo draw at Sevilla this evening, however, they’ll overtake Levante.

Elche saw 56.6% of possession but Levante were more effective with what they had, registering 13 shots to Elche’s eleven.

Next up for Levante is a Friday evening clash with Valladolid, who are also sitting in and around the bottom three. Elche will face fellow newly-promoted side Cadiz on Saturday afternoon.