Ex-Valencia coach Marcelino is still looking for his next coaching position 14 months after being dismissed by Valencia.

Marcelino took charge at Mestalla in 2017 and won the Copa del Rey in his second season in charge of the club only to be sacked in controversial circumstances the following September.

The Asturian, speaking to El Partidazo de Cope in comments carried by Marca, addressed, among other things, the circumstances surrounding his dismissal.

“I would not be particularly interested in greeting [Valencia president Anil Murthy] if I met him on the street,” Marcelino said. “He wants to threaten us, but let him speak.

“When a decision is made against everyone and everything you always have to leave something there, but it’s not a matter of throwing the stone and hiding your hand. What you have to say, you say, but then you have to prove what you say.”

Marcelino also spoke about the man currently in the Valencia dugout. “The process is very similar,” he said of what Javi Gracia can expect at Mestalla.

“I was the first and Javi is now in a situation in which they tell him one thing and then they do another. It’s logical for him to feel that way [Gracia has made it clear he’s unhappy with the Valencia hierarchy].

“One of the reasons they gave me [for my dismissal] was that I was challenging the owner, which I never did.”

The Asturian acknowledged contact from Celta Vigo, who were recently in the market to replace Oscar Garcia. “We have spoken,” he said.

“But since Valencia terminated my contract my idea is to go to a league like England, Italy or France. I’d like to train abroad.”

Marcelino also denied having problems with Ferran Torres, who scored a hat-trick for Spain in their 6-0 rout over Germany in Seville this past week. Torres left Valencia for Manchester City in the summer and was critical of his treatment at Mestalla.

“I don’t have the slightest complaint [with him],” he said. “He was an ambitious guy who wanted to play, but he was respectful with me and with his teammates.”

Marcelino was born in Villaviciosa and enjoyed a playing career that saw him represent Sporting Gijon, Racing Santander, Levante and Elche. The midfielder also represented Spain at U18, U19, U20 and U21 level, if failing to make his senior bow. 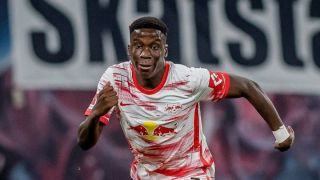