Barcelona are expected to play Miralem Pjanic in a midfield two alongside Frenkie de Jong for Saturday’s trip to Atletico Madrid in La Liga.

The details are outlined by a report in Diario AS, who claim that Bosnian midfielder Pjanic will come into the starting XI to replace the injured Sergio Busquets.

A recent poll in El Mundo Deportivo showed that 86 percent of Blaugrana fans believe Busquets should be dropped from the starting XI due to poor form, but he will now make way due to injury.

Pjanic has played just a third of the minutes available but a recent poll in Marca showed how 78 percent of respondents believed he should be in the club’s strongest XI.

Both Busquets and De Jong have started every league game for the side to date this campaign.

Arturo Vidal, Ivan Rakitic and Arthur Melo were among the exits from the Camp Nou this summer, with fewer options in the heart of midfield this campaign.

De Jong has become a crucial figure for Barcelona across three coaches – Ernesto Valverde, Quique Setien and Koeman – and recently penned a new long-term contract at the club.

Miralem Pjanic: “The preparation for the new season starts in July and then I’ll join up with the team. We’ll see what happens then.”
8 June 2021, 20:08 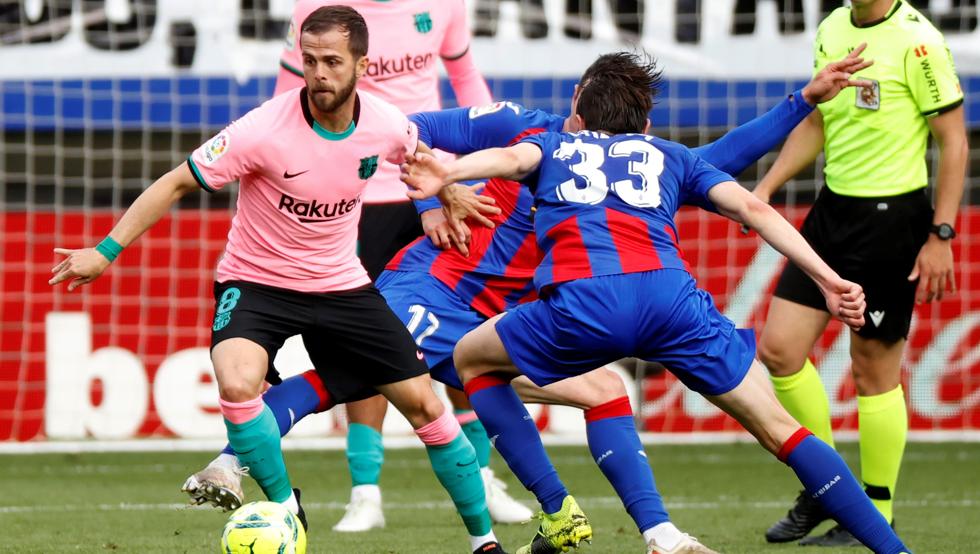 Miralem Pjanic: “This season leaves me with a bitter taste and questions that still need answers”
23 May 2021, 14:49