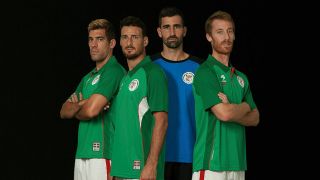 Luis Mari Elustondo: “There is no pre-agreement with the government for the Basque Country to participate in international tournaments.”

The president of the Basque Football Federation Luis Mari Elustondo has clarified that “there is no pre-agreement with the government for the Basque Country to participate in international tournaments.”

Elustondo had previously claimed that there was an agreement between the government and the Basque Country that the national team could compete in UEFA and FIFA competitions, but clarified his comments in El Partidazo of COPE in quotes carried by Marca.

Last Tuesday, Elustondo had been saying precisely the opposite. “It seems that there is a preliminary agreement between the Basque Government and the Central Government to allow Basque sports teams to compete at an international level,” he had said.

Both UEFA and FIFA were said to be surprised by Elustondo’s initial comments given that no government has the power to decide which teams can participate in competitions organised by international bodies.

In modern times, two key players for the Basque Country has been Xabi Prieto, who earned 14 caps, and Aritz Aduriz, who scored 12 goals in their colours. Prieto is associated primarily with Real Sociedad while Aduriz is tied to Athletic Club.