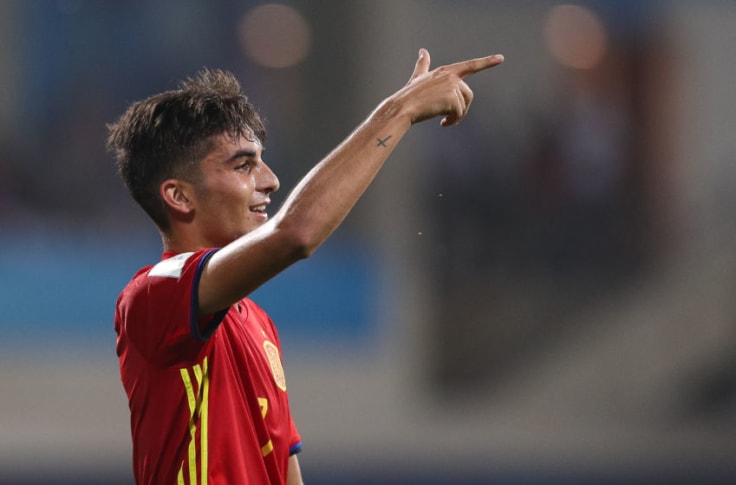 WATCH: Every goal of Ferran Torres’ remarkable hat-trick against Germany

Alvaro Morata opened the scoring for La Roja before Ferran Torres and Rodri extended their advantage to send them into the half-time break 3-0 in front.

Spain lost Sergio Canales and Sergio Ramos to injury in the first half but re-emerged after the break looking as potent as they did before it.

La Roja got their fourth goal just before the hour mark thanks to another smart break that led to Jose Gaya squaring unselfishly for Torres to score his second and Spain’s fourth of the evening.

Then, things entered dreamland for Spain and became a nightmare for Germany. Torres got his third and La Roja’s fifth of the evening, the former Valencia winger scoring with a first-time right-footed finish from outside of the box.

WHAT A GOAL 🔥😍 Ferran Torres has scored a hat-trick against Germany (told you so). €20million daylight robbery from Valencia pic.twitter.com/KcuwxAofnl

Luis Enrique’s side have been developing well in recent weeks but were missing one key thing – goals. On this Tuesday night down in Seville, however, they have them in abundance and look a real threat.

Featured image courtesy of Everything Barca.