Delving deeper into their recent form, there is a stark contrast between La Roja’s record in their home country and when travelling abroad.

Spain are without a win in their last seven matches away from home – a run in which they have scored just five goals – and is nearing their worst ever record; eight winless games between 1941 and 1949 and again between 1991 and 1992.

However, as Marca highlight their home form is significantly better and Spain have won each of their last eight home matches, scoring 27 goals and conceding just once. 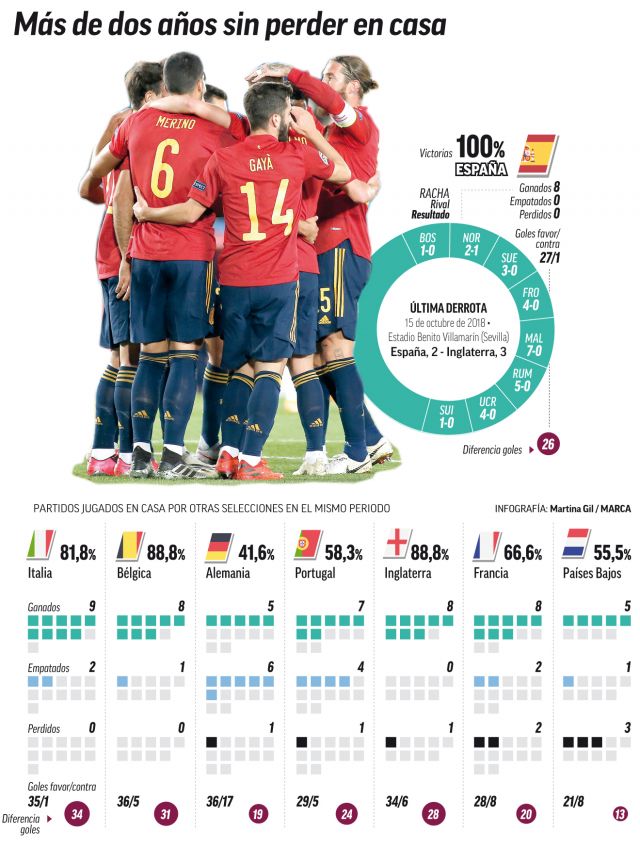 Since a 3-2 loss against England in October 2018, they have won home games against Bosnia, Sweden, Norway, Faroe Islands, Malta, Romania, Ukraine and Switzerland.

This is the first meeting between Spain and Germany since a 2014 meeting in Vigo, when Toni Kroos scored the winning goal for Die Mannschaft.