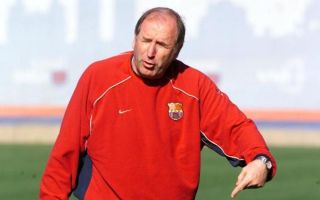 Former Barcelona boss and long-serving board advisor Carles Rexach will leave the club at the end of the current year.

An exclusive report in Catalan media outlet La Vanguardia claims Rexach – who had been an advisor to former club supremo Josep Maria Bartomeu, who resigned last month – will leave the Camp Nou at the end of 2020.

Rexach was briefly the coach of the first-team between 2001 and 2002 having previously had multiple stints coaching the youth teams at the club and being an assistant to the senior side.

The legendary former player had been an advisor to the club since 2010, when the elections were won by Sandro Rosell – whom he advised before serving a similar role to Bartomeu, but his contract expires next month.

Indeed, Rexach has been at the club in multiple capacities in a near total uninterrupted spell since joining as a youth player in 1959.

Carlos Tusquets is the current interim president of the Blaugrana and he is likely to be in position until January – El Mundo Deportivo have reported the new elections for the presidency will be held in the first month of 2021.