10 Greatest Spanish Footballers of All Time

Spain has seen some of the greatest football players of all time. We’ll take a look, in no specific order, at some of these players.

10 Greatest Spanish Footballers of All Time

Spanish players celebrate with the trophy following the 2010 World Cup football final between at Soccer City stadium in Johannesburg. Photo by PEDRO UGARTE/AFP via Getty Images.

2008-2014 is considered the golden age of Spanish football, where Spain topped the FIFA World Rankings almost uninterrupted for six years, they also won the UEFA European Championships in 2008 and 2012, and the FIFA World Cup in 2010, becoming the first ever team to win three consecutive major world championships. However, both during, before and after this golden era, Spain has seen some of the greatest players of all time. If you’re a fan, or love betting on , join us as we take a look, in no specific order, at some of these players.

One of the greatest goalkeepers of his time, Andoni Zubizarreta represented Spain in four consecutive FIFA World Cups, and the UEFA European Championships twice. Zubizarreta enjoyed successful careers with both Athletic Bilbao and Barcelona. He was part of seven major tournaments, and won 11 trophies, amidst other incredible honours.

Known as El Buitre, Spanish for “The vulture” Emilio is a legendary Real Madrid player. Emilio played a total of 341 games, mostly for the Spanish capital club, and scored 155 goals in his career. In 1984 he won a silver medal with the national team at the UEFA European Championship, and in 1986 at the World Cup tournament, he scored four goals in the round of 16 tie win against Denmark, making him one of Spanish’ greatest footballers.

Known for his versatility and rare combination of defensive play and unlimited passing range, Fernando is the fourth highest goal scorer in Spanish history. Most noted were his contributions to the 1994 World Cup qualification game where he drove La Roja into the World Cup. 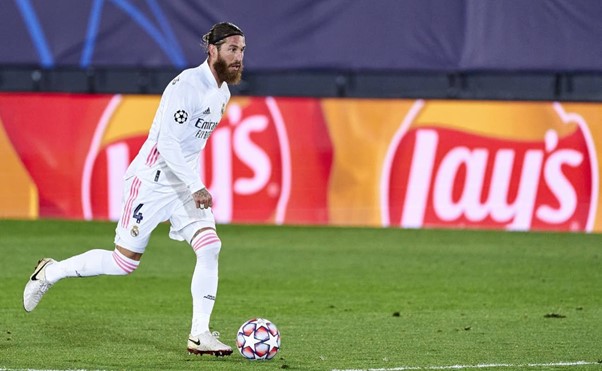 Recently voted by fans the best centre-back of all time, captain Sergio Ramos has earned 21 major title wins including four UEFA Champions Leagues and four La Liga titles. He is also Spain’s most capped player ever, with 167 caps. Celebrated for his leadership, technical skill, ability to play both offensive and defensive, and his versatility.

Regarded as one of the best forwards of his time, and the best Spanish striker of all time. David Villa has scored more goals for La Roja than anyone else has, and has 98 international caps to date . He also contributed five goals to the 2010 World Cup win and four goals to the 2008 European Championship win.

Popularly known as “San Iker,” this goalkeeper earns a title as one of the greatest of our generation. In 2002 he became the youngest goalkeeper in the Champions League final when Madrid defeated Valencia, and then went on to win the La Liga five times, the Copa del Rey twice, and become Spain’s most capped player at age 33, with 153 caps. Captain Casillas was the first to hold the European Championship trophy in 2008 after Spain waited 44 years for a major trophy, and led his team to victory again two years later at the World Cup.

Though shamefully underrated, Andres Iniesta is possibly the greatest central midfielder in history, and is the only player in history to have been the Man of the Match in the Champions League, the World Cup and the European Championship. Iniesta’s contribution to both Spain and Barcelona’s major victories can not go unacknowledged. He helped Barcelona win nine La Liga championships, six Copas del Rey, seven Spanish Super Cups, four Champions League titles, and three each of the UEFA Super Cup, and FIFA Club World Cup trophies. With Spain, Iniesta influenced two Euros, four Champions League titles, and the greatest moment in Spanish football, when he scored a goal against Netherlands during extra time, giving Spain its first World Cup Title. 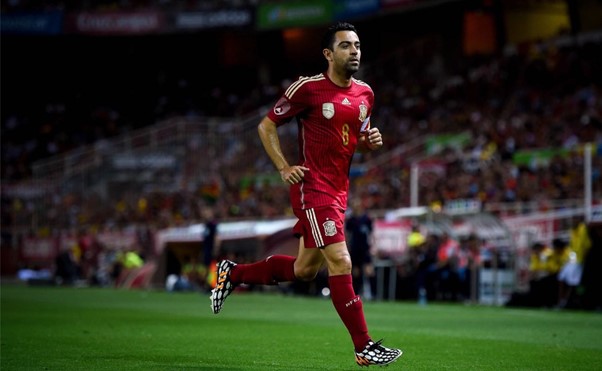 Xavi was for many years considered Barcelona’s heartbeat, and to many, the greatest Spanish footballer ever. Nicknamed “The Puppet Master,” for his ability to pinpoint accurate passing and ball control that had him dictating the flow of play without relinquishing the ball. Xavi, along with Iniesta, became the backbone of Spain’s golden era, holding the La Liga trophy seven times, three Champions Leagues and two Copa Del Reys. Xavi will always be remembered as one of the best midfielders to have ever played.

Though our list is complete, other notable Spanish players include Luis Suarez, Josep Samitier, César Rodríguez Álvarez, and Telmo Zarra. All these men have shown exceptional skill, talent, and hard work, earning their place in our hearts as the Greats.