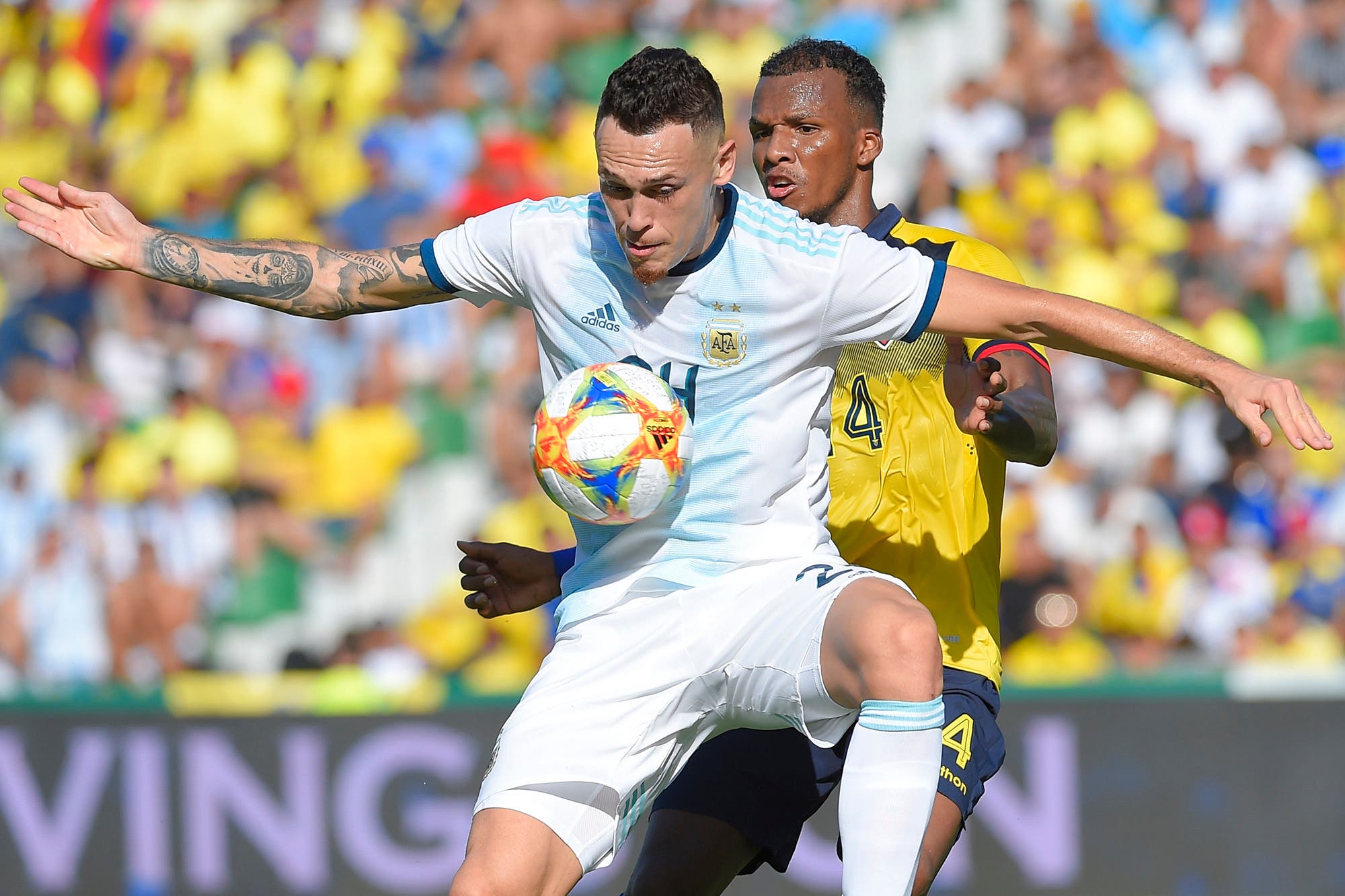 Sevilla and Argentina star pushing himself to the limit

Every footballer in the game is pushing themselves to the limit and beyond in this most strange of seasons, with rest time between games cut and the calendar compressed.

Ocampos’ playing style is built on hustle. The wide man hassles and harries the opposition with an aggression and tenacity few can match, and uses his prodigious work ethic to disrupt defences.

This philosophy ensured he was a success with Sevilla in his first season at the club and saw him brought into the Argentina setup by national team coach Lionel Scaloni – Ocampos started at La Bombonera on Thursday against Paraguay and on Tuesday is expected to do the same in Lima against Peru.

This, as elucidated by Alberto Fernandez, has led to “a carousel of games that don’t let him breathe. [Julen] Lopetegui and all of Sevilla have their fingers crossed for the nine internationals they have all over the world [that they don’t incur injury].

“Ocampos is one of the most exposed – he finished last season barely able to walk, playing the semi-final and final of the Europa League impaired with a knee injury. He had hardly any rest (like his teammates) and had to resume competition without any break. His life has become matches and trips, with hardly any training.”

This has affected his form. Last season he was like a demon, and this season he looks like he’s consciously trying to prove 2019/20 wasn’t a one-hit wonder.

The Argentine scored 17 goals and contributed five assists as Sevilla finished fourth and won the Europa League – so far this season, he has two goals and one assists from his first eleven, with the Andalusians floundering in mid-table.

Ocampos’ last game with Sevilla before the international break, when he scored a repeated penalty in their slim victory over Osasuna at the Ramon Sanchez-Pizjuan, could be the break he and his team needed, and perhaps he’ll return from representing his country enthused and inspired.

But the fact is that he’ll arrive back in Spain with just a few hours of recuperation before preparing to face a Celta Vigo side who’ll be infused with the notorious new-manager bounce after their appointment of Eduardo Coudet, coincidentally another Argentine.

Ocampos has already played over a thousand minutes this season (1,086) – how far can he push himself to his limits?

Spanish government confirm how many fans will be allowed into La Liga games
5 August 2021, 6:51