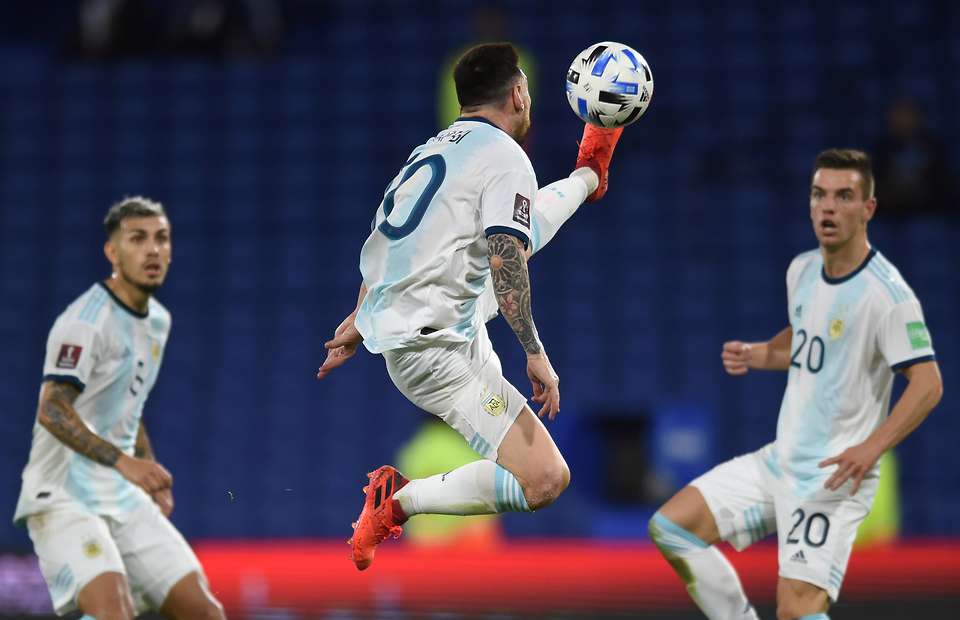 Lionel Messi has given the world moment after moment of sheer excellence, acts that astound and inspire. In just the last matchday, for example, he gave us that wonderful non-assist against Real Betis for Antoine Griezmann’s goal.

On international duty for Argentina this past week, he’s done it again, but this time something more innocuous than an assist or a goal. All it took was a single touch to make the internet salivate.

Mid-way through Argentina’s draw with Paraguay on Thursday evening, Messi controlled a high ball with a karate-style move that was more Bruce Lee than Barcelona.

The Argentine jumped an estimated six feet, a remarkable feat given that the 33 year-old is just five foot seven.

Messi controlled a ball vs Paraguay yesterday at an estimated height of 1.83m (6 feet), an incredible athletic feat on its own.

Typical of a man of Messi’s competitive spirit, however, credit over the move will be little consolation given his team’s failure to secure three points and keep in step with CONMEBOL division leaders Brazil.

The Argentine exploded at the referee after he disallowed a goal of his for offside after a VAR review.

The goal was ruled out due to a foul committed by Nicolas Gonzalez on Angel Romero that occurred almost half a minute before Messi took the ball inside the area and scored.

“It’s incredible, shameful,” the forward was seen to be repeating in disgust. Next up for La Albiceleste is a trip to Peru on Tuesday night.