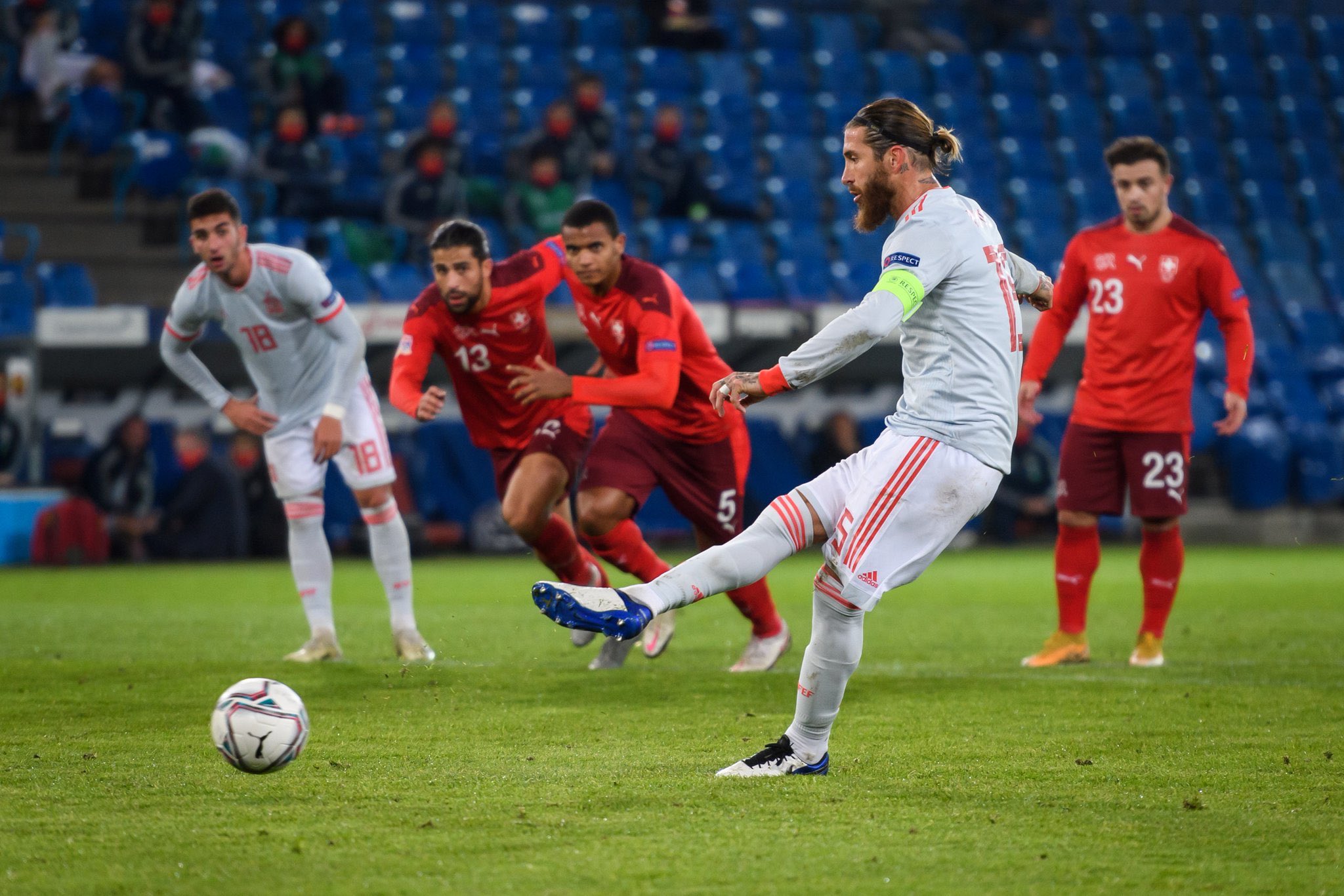 Spain have lost ground to Germany in UEFA Nations League action as Luis Enrique’s side slipped to a 1-1 draw at 10-man Switzerland.

La Roja looked on course for a second successive defeat in their race to secure a first ever place in the UEFA Nations League finals in 2021, as skipper Sergio Ramos dramatically missed two penalties.

Atalanta midfielder Remo Freuler slotted Vladimir Petkovic’s hosts in front on 26 minutes as he confidently stroked home Breel Embolo’s cross from the edge of the box.

Spain looked to edge their way back into the game after the restart, but Ramos missed his first penalty for the national team since 2016 as Yann Sommer produced a fine stop on 56 minutes.

Ramos was given a chance to make amends with a second spot kick with 10 minutes to go, as Nico Elvedi received a second yellow card for a foul on substitute Adama Traore inside the box.

But Sommer was once again equal to his effort with the Borussia Monchengladbach stopper saving his weak strike.