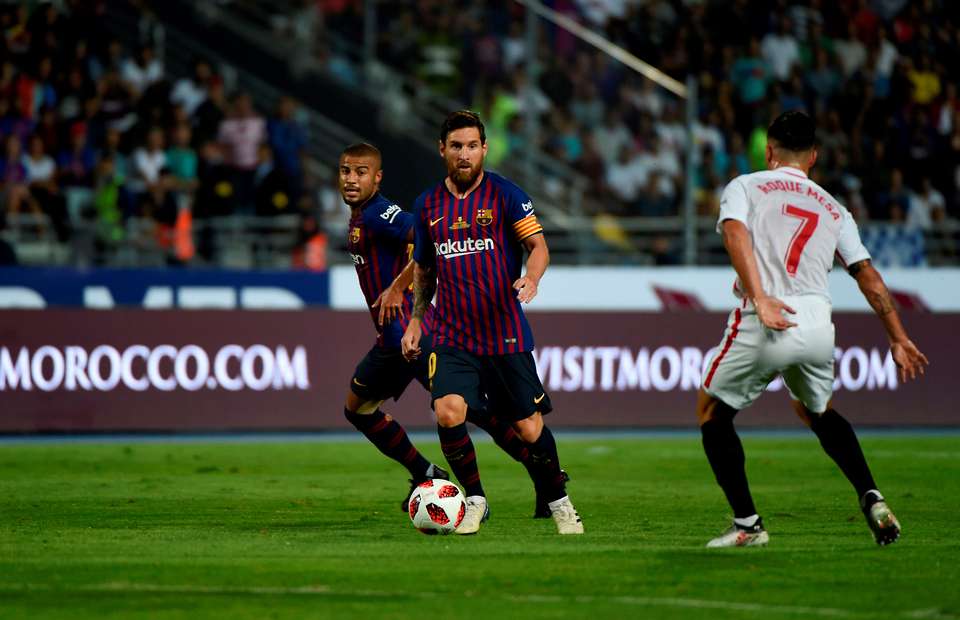 Sevilla sporting director Monchi has said that he hopes Barcelona star Lionel Messi continues to ply his trade in Spain for many years more. Messi tried to leave LaLiga during the summer, with a reunion with Pep Guardiola at Manchester City said to be his most likely destination along with Paris Saint-Germain.

“For Spanish football, the better players that are playing here, the happier we’ll be, regardless of whether they’re rivals or not,” Monchi told El Desmarque in quotes carried by Mundo Deportivo. “It’s good news [that he’s here] and we hope it continues for many more years.” Messi, despite evidently slowing down as he begins to enter his mid-30s, registered 31 goals and 27 assists last season, from 44 appearances. The season before he scored 51 goals and contributed 20 assists from 50 games.

Monchi spoke about a variety of topics related to Spanish football, and was asked about whether Real Madrid were correct in their strategy of not signing any new players during the summer transfer window. “That I don’t dare to answer,” he said. “Real Madrid have done what they see fit. They have magnificent people in charge and are a super-healthy club with a magnificent structure, and I think they’ve done what they’ve done because they’ve thought about it maturely and made a decision.”

The San Fernando-born former goalkeeper was also asked what has to happen for a club other than Barcelona or Real Madrid to win the league title. “For a team that isn’t Madrid or Barcelona to win LaLiga, they’ll have to be within the 80-85 point range,” he said. “70 is too little, and perhaps so is 80. Obviously Barcelona and Madrid have both lost points, but it’s too early to predict [how many points it would take to win the league]. If it normalises in terms of an eventual points total, teams like Atletico Madrid will have options.”

Regarding the condensed fixture list, Monchi admitted it’s far from ideal but failed to find an alternative solution. “It’s complicated for everyone,” he said. “For us, for the coaching staff, for the managers of the clubs, for the organisers of the competition. It’s not easy, it’s complex. We have to take care of the players as much as possible.”