The Real Madrid Femenino squad have taken their first official club photo after their official rebranding to be incorporated into the club this summer.

Founded as the independent Club Deportivo Tacon in 2014, the club were acquired by Los Blancos in 2019 and the merger was officially processed for this season.

David Aznar’s side have made a good start to the campaign as they sit sixth in the standings with 10 points from their opening six rounds of action – with all three victories coming in the last four games.

Madrid’s official website documented the event as the club look to raise the profile of their team. 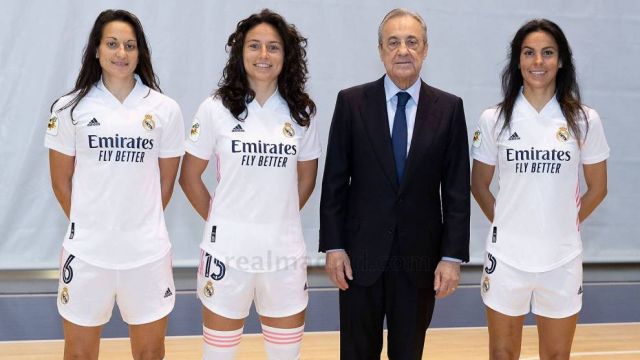 The photos were taken alongside club president Florentino Perez, who had come under elements of criticism for the club’s sluggishness in incorporating a women’s team into their club.

The club will look to break the domestic dominance of Barcelona and Atletico Madrid in the coming years, while they are not to be confused by Madrid CFF.