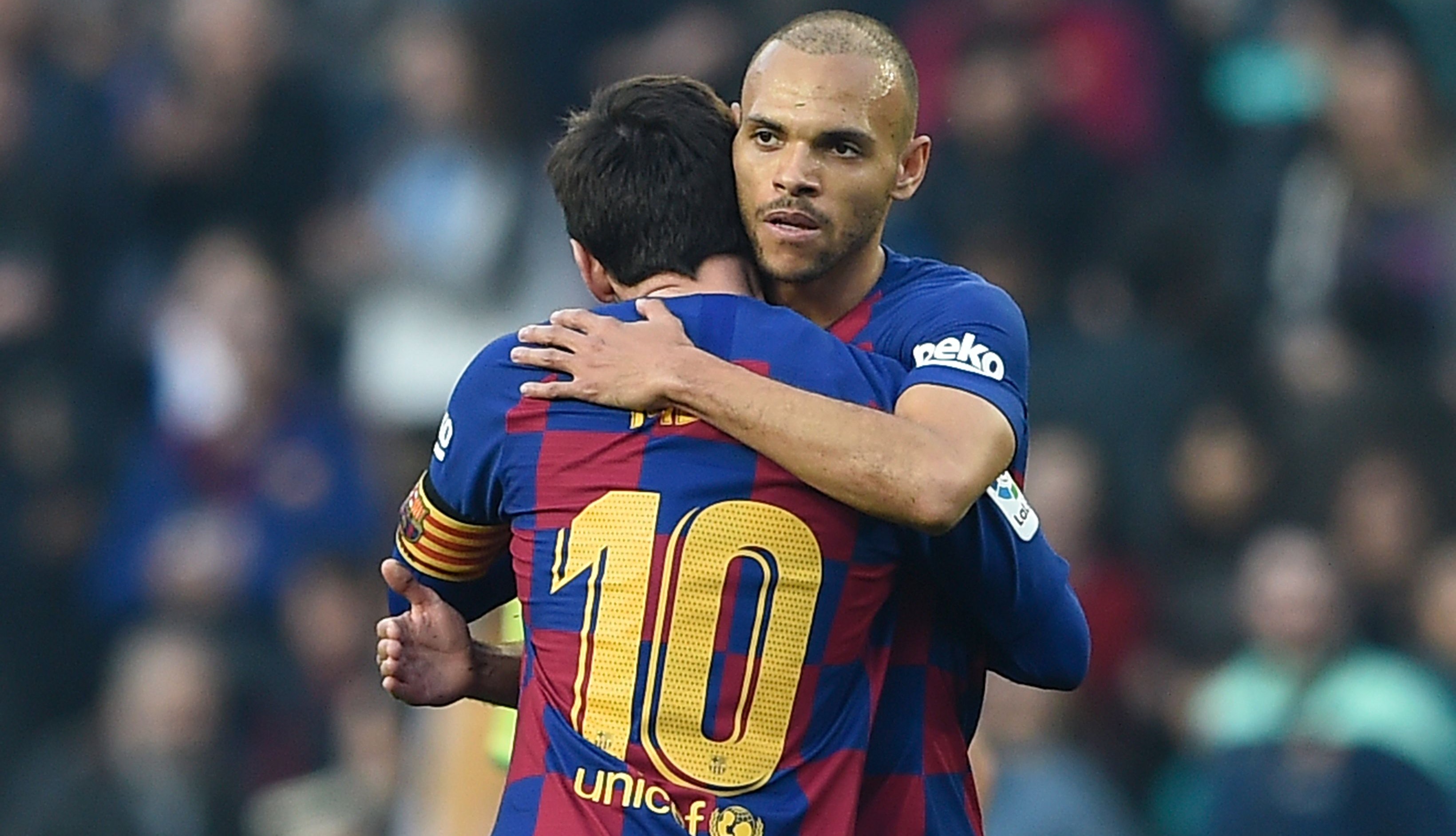 Martin Braithwaite‘s departure is the key to Barcelona signing Lyon forward Memphis Depay in the winter transfer window according to Diario Sport. Depay is Ronald Koeman‘s top target with the pair having worked together with the Netherlands, and  he laid bare his desire to trade France for Catalonia following his post-match interview this past week.

Speaking after the Netherlands drew 1-1 with Spain in an international friendly, Depay wasn’t shy in expressing his interest in a move to Barcelona. “About Barca, I don’t know,” he said. “The transfer market isn’t open. I’m just trying to do my best, to perform well and become a better player – there’s a lot of speculation. Who wouldn’t want to play there? [Barcelona] is one of the best teams in the world.”

Lyon are said to be resigned to letting him leave. The major obstacle in making the deal happen lies in the offices of Camp Nou and the club’s salary limit – this is where Braithwaite comes into the picture. Koeman doesn’t see him as forming a part of his vision for Barcelona, and is looking to sell him in January to free up funds that could enable him to sign Depay. Without his departure, the deal could become tricker to pull off.

Depay is 26. The Lyon forward has five goals and three assists from ten Ligue Un appearances so far this season and would offer Barcelona a different kind of threat to lead the line from the number nine position. Depay has played for Lyon since 2017 after a brief spell with Manchester United. Before that, he broke through at PSV Eindhoven, the club he joined aged 12 and spent nine years with.