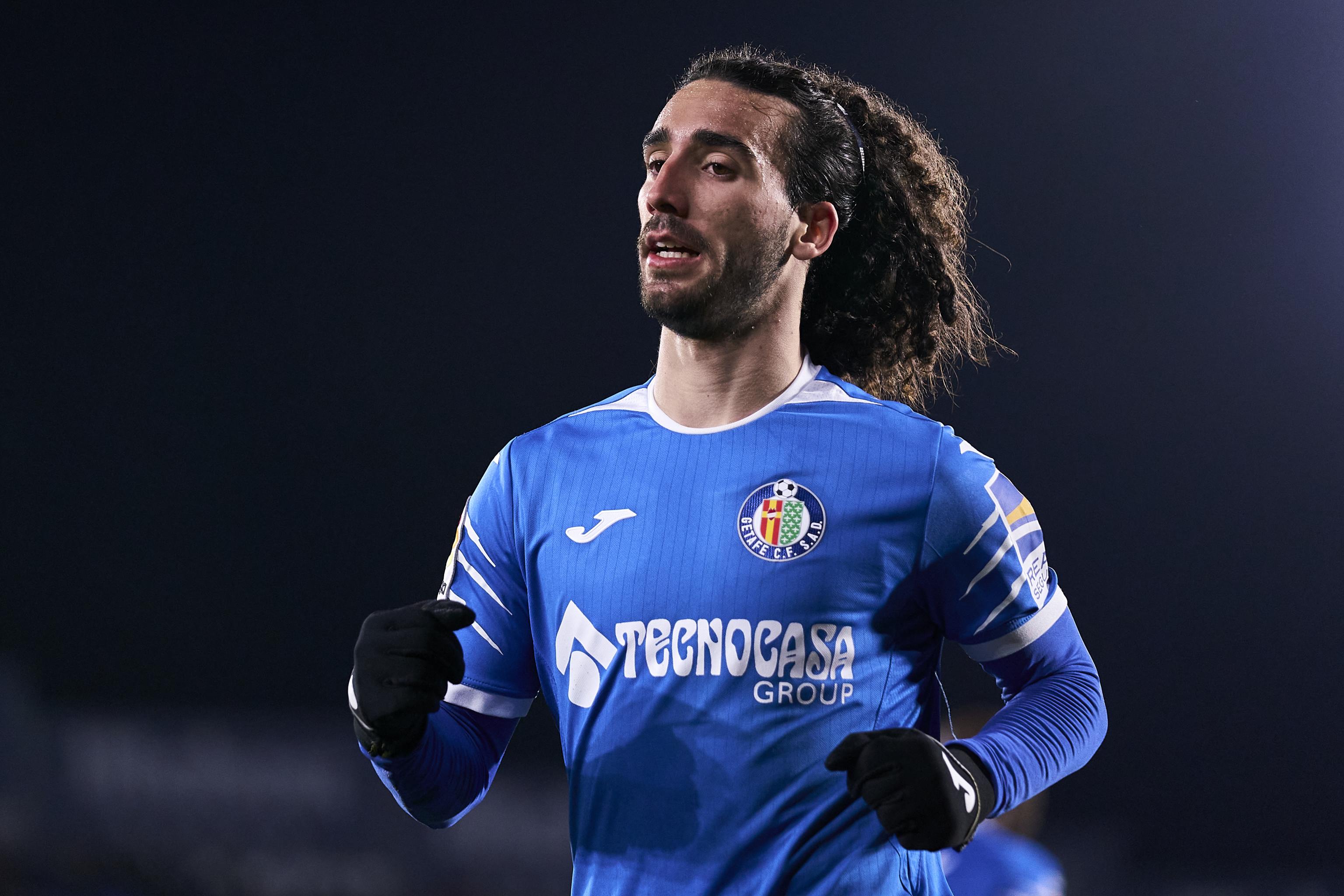 Getafe‘s Marc Cucurella has been called up to the Spain squad to replace injured Valencia defender Jose Gaya.

Gaya suffered a nasty head collision during last night’s friendly clash with the Netherlands, having to be substituted and stitched up after a gash above his left eye.

In his place comes Cucurella, a talented and versatile Catalan who can play on either the left-wing or at left-back. The 22 year-old came through La Masia before joining Getafe on a permanent deal this past close-season.

Cucurella played for Getafe last season on loan, impressing with his attitude and aggression as well as his evident talent. He had spent the previous season on loan at Eibar.

Marc Cucurella called up for Spain squad to replace Gaya – joining all of Reguilon, Bellerin, Eric Garcia, Marcos Llorente, Adama, Canales, Morata, Olmo as players who were at either Barca or Madrid but left to play elsewhere.

Spain coach Luis Enrique had hinted that he was going to make the move in his press conference following last night’s game.

“We’ll talk to the doctors to see the breakdown of [Gaya’s] injury. Let’s see how it evolves,” he said. “We can’t rule out calling in another player, depending on the conditions. Tonight we will make a decision.”

Next up for La Roja is Switzerland and Germany in the Nations League. Spain are currently top of League A Group Four, a point ahead of Germany and Ukraine and five clear of Switzerland.

Should he feature, Cucurella will make his senior debut.