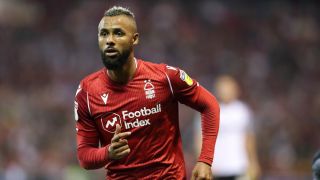 English midfielder revealed he was offered “10-year contract” by Barcelona

Now aged 28, Bostock has had somewhat of a nomadic career and he has spent the past ten years at a total of ten different clubs, however it all could have been so different.

Bostock has now revealed that in 2006, when he was just a teenager, Barcelona offered him a whopping decade-long contract offer and although he did not accept the offer, it was such a special moment for him as his hero was Ronaldinho – who had led the Blaugrana to the Champions League title earlier that year.

“When I was 14, Barcelona offered me a 10-year contract,” Bostock revealed in an interview with BBC Sport, and as carried by Marca.

“Ronaldinho was my favourite player at the time so they sent me a signed poster from him. I’ve still got it at my house in London. It said: ‘To John from Ronaldinho.’

“You name the club, I had interest from them – Barcelona, Real Madrid, Inter, Manchester United, Chelsea, Liverpool – the who’s who of European football.”

“From as early as I remember I wanted to be the best player in the world and to win the Ballon d’Or. I saw Ronaldinho win these trophies and I just thought I want to be that guy. I pinned my identity on that and I thought if I didn’t achieve that I was a failure.”

Bostock came through the youth system at Crystal Palace but made just five appearances before joining Tottenham, when he was widely regarded as one of the biggest English talents in years.

In recent years, the attacking midfielders has played in Belgium, Turkey and France – while last season he spent time on loan at Nottingham Forest in the Championship.