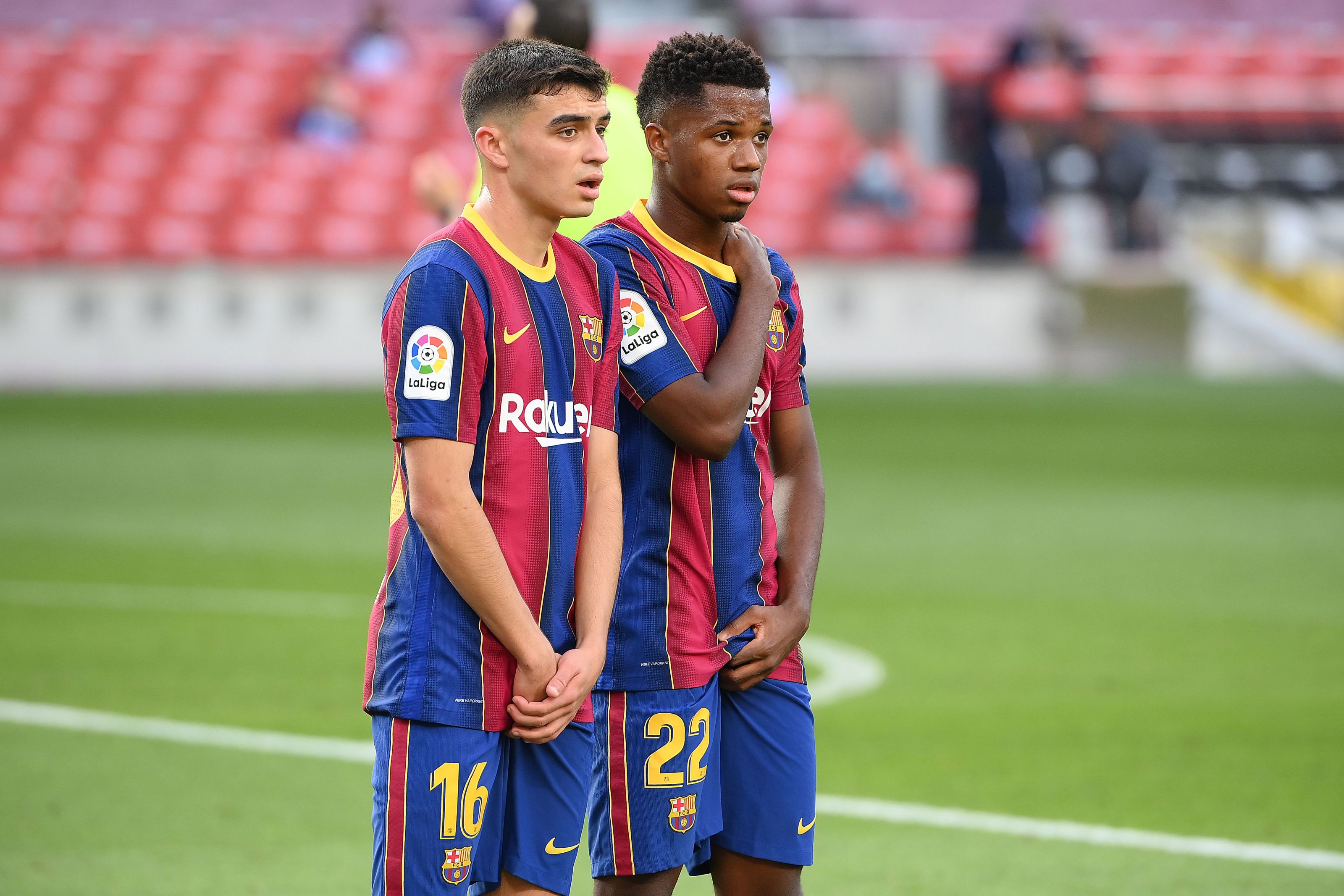 Barcelona’s teenage starlet speaks about his relationship with Lionel Messi

Barcelona‘s latest teenage sensation Pedri has spoken about his relationship with club captain Lionel Messi, explaining that the fact “that Messi gives you advice is a source of pride. I try to always listen and learn from him.”

Born in Tenerife, Pedri has already scored two goals for Barca, one in the league (last Saturday against Real Betis) and one in the Champions League (against Ferencvaros).

He also put in a stunning performance against Juventus in Barca’s 2-0 victory over the Italians, showing imagination, tactical acuity and a willingness to sacrifice for the defensive side of the game. He’s already played on the right, left and in the centre of the attacking trident central to coach Ronald Koeman’s preferred 4-2-3-1.

“It’s a very nice feeling [to be at Barcelona],” he told Cope. “At the moment I’m living [being away from home] very well. Even if you’re away from the people who love you, I’m doing what I like, which is playing football.

“When I came [to Camp Nou] I had played just a season in the Segunda with Las Palmas. I didn’t have as much experience as the other players, but I came to do my best and deliver consistent work and effort. I’m proud, but I have to keep working to get as many minutes as possible.”

Koeman recently praised the teenager, saying that he was the player who had surprised him most since taking charge at Camp Nou during the close-season.

“From the first day [Koeman] told me that I had to work hard because it was going to be difficult to make it at Barca,” Pedri said.

“I think I have worked well and I have shown him that I’m good enough to be here, and he’s shown confidence in me by putting me in some important games. I’m grateful to him, but I have to keep working in order to have more minutes.”

When asked about his relationships with his captain, Messi, the teenager from the islands was positive. “[It’s] very good at the moment,” he said. “He always gives you advice on the pitch, which is what I think a captain has to do.

“He’s someone who know a lot – that’s clear when you consider everything he’s won in football. That Messi gives you advice is a source of pride, and I try to always listen and learn from him. That will be very good for me.”

Pedri made his debut for Las Palmas aged just 16, promoted to the first team by manager Pepe Mel. He made his debut in August 2019, against Huesca, before scoring his first goal a month later, against Sporting Gijon, thus becoming the youngest goalscorer in the club’s history.

Despite his tender years, Pedri made 37 appearances for Las Palmas last season – scoring four goals and contributing seven assists – to earn himself a €5m move to Catalonia and the glamorous lights of Camp Nou.

Featured image courtesy of Everything Barca.