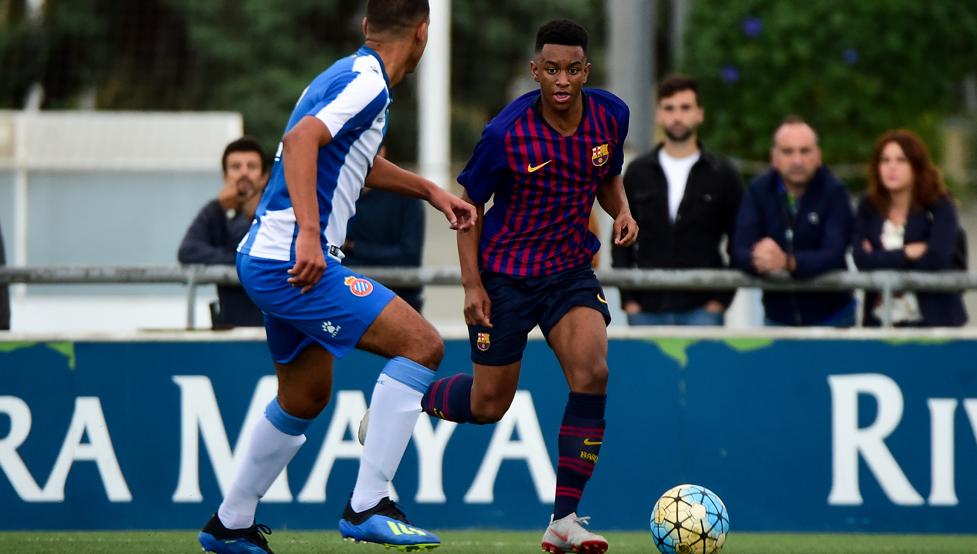 Barcelona feel that they’ve discovered another Ansu Fati within their youth system according to Diario Sport. Ronald Koeman has shown himself to be committed to instigating generational change at Camp Nou, and this process could be continued with the promotion of Alex Balde.

Barcelona’s idea is to sell Junior Firpo, who Koeman doesn’t rate, and promote Balde, a 17 year-old left back, to the first team. Balde, an underage Spanish international, is highly rated by the powers at be in Catalonia.

Blessed with a great physique and strong technical ability, Balde has the capacity to overlap so essential to the modern game. His performances have caught the attention of other top European clubs.

Firpo is expected to leave in January, with Koeman opting to play right-back Sergino Dest in his position when Jordi Alba picked up a recent injury instead of the Dominican. Inter Milan are said to be best-placed to sign him, although Atalanta also hold interest.

Balde has been compared to Fati in terms of his ability overriding his youthful age. Fati rose to the Barcelona first team and managed to break into the starting lineup, becoming one of the most important assets at the club. Balde is tipped to do the same.

Chelsea and Liverpool have already approached the teenager, but Balde is content in Barcelona and fully trusts the club. He was promoted to the B team this past summer, and if everything goes to plan will become a fixture in the first team soon.