Barcelona midfielder Riqui Puig has not had an easy campaign this season after being marginalised by boss Ronald Koeman, but he has now had to deal with abuse from the club’s fans.

The central midfielder has featured in just nine minutes of first-team action for the club this season while a video is now circulating online of him being abused whilst in his car in the Catalan capital.

The video was shared by Cadena Ser, and shows a group pulling up alongside the midfielder – who is alone – at a set of traffic lights before abusing him.

One of those filming the incident can be heard asking the 21-year-old why he has become so “arrogant” and “cocky” since becoming a first-team player at the club, while the midfielder politely smiled but did not respond to the criticism.

As the traffic light turned green, Riqui Puig drove off before those filming remarked how the sound of the car showed that they were right in their criticism.

Earlier this week, a poll in Marca showed 87 percent of 60,000 respondents believed the midfielder will leave the club on a loan deal in January, with just 13 percent voting that he would stay.

Koeman said, as per Marca: “I speak with young people, they must play. They cannot be here without playing. I have told him that it is complicated and that there is a lot of competition. But he has a future here, although it depends on the player. I would recommend him to go on loan. At 21, young people must play. 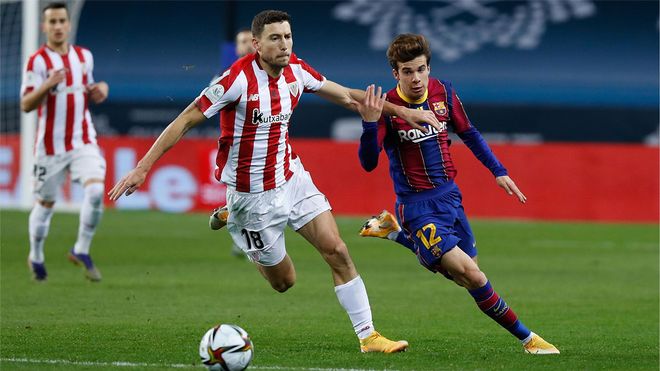 The moment Riqui Puig asked to take decisive Barcelona penalty: “You have to believe in yourself”
15 January 2021, 16:18