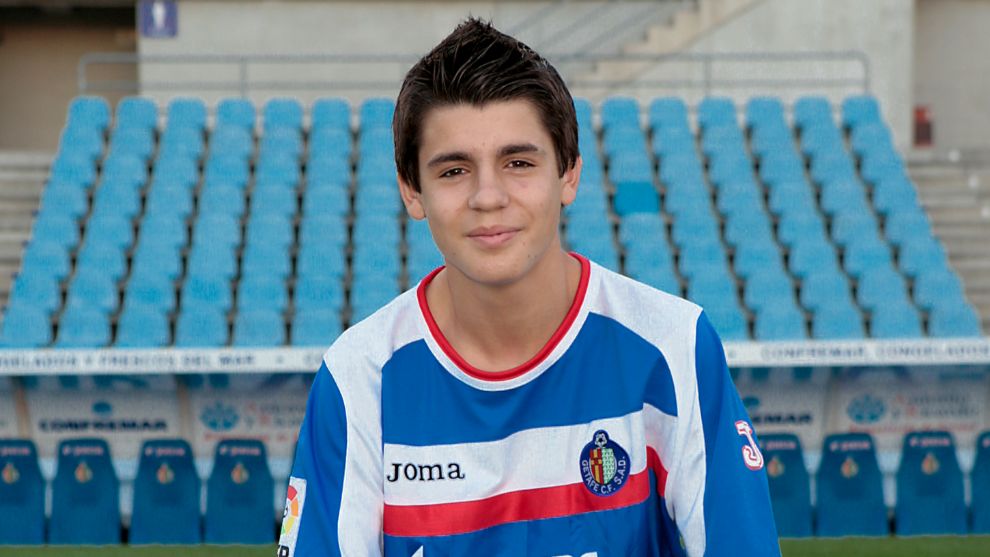 Why Getafe and Leganes are joking about signing Juventus striker

Juventus striker Alvaro Morata joined the Italian champions on a loan deal from Atletico Madrid this summer but other Madrid-based clubs are now tweeting about his future signing.

The Spain international told El Partidazo on Cadena Cope and Radio Marca that he would one day like to return to Getafe – one of the club’s where he spent part of his youth career.

Morata explained: “I would like the last shirt I wear to be that of Getafe – I have a very good relationship with the president and the people there – I think it’s thanks to them I am the player I am.”

Now, Los Azulones have unearthed a photo of a very young Morata in their youth team with the caption: “We do not understand all the commotion…For us you have never been at another team.”

Not to be outdone, Getafe’s rivals Leganes – also based in the Spanish capital’s suburbs – then tweeted to say, alongside a picture of a Lega shirt which had ‘MOR… 9’ imprinted: “Life takes many turns …we are preparing for it just in case.”

Morata has 17 goals from 33 international caps and has scored 154 goals in 412 competitive club appearances. In LaLiga, his record is 43 from 112.

The Madrileño made his debut for La Roja in 2014, representing his country at the 2016 European Championships. He failed to make the 2018 World Cup squad – despite featuring in the qualification phase – due to poor club form.