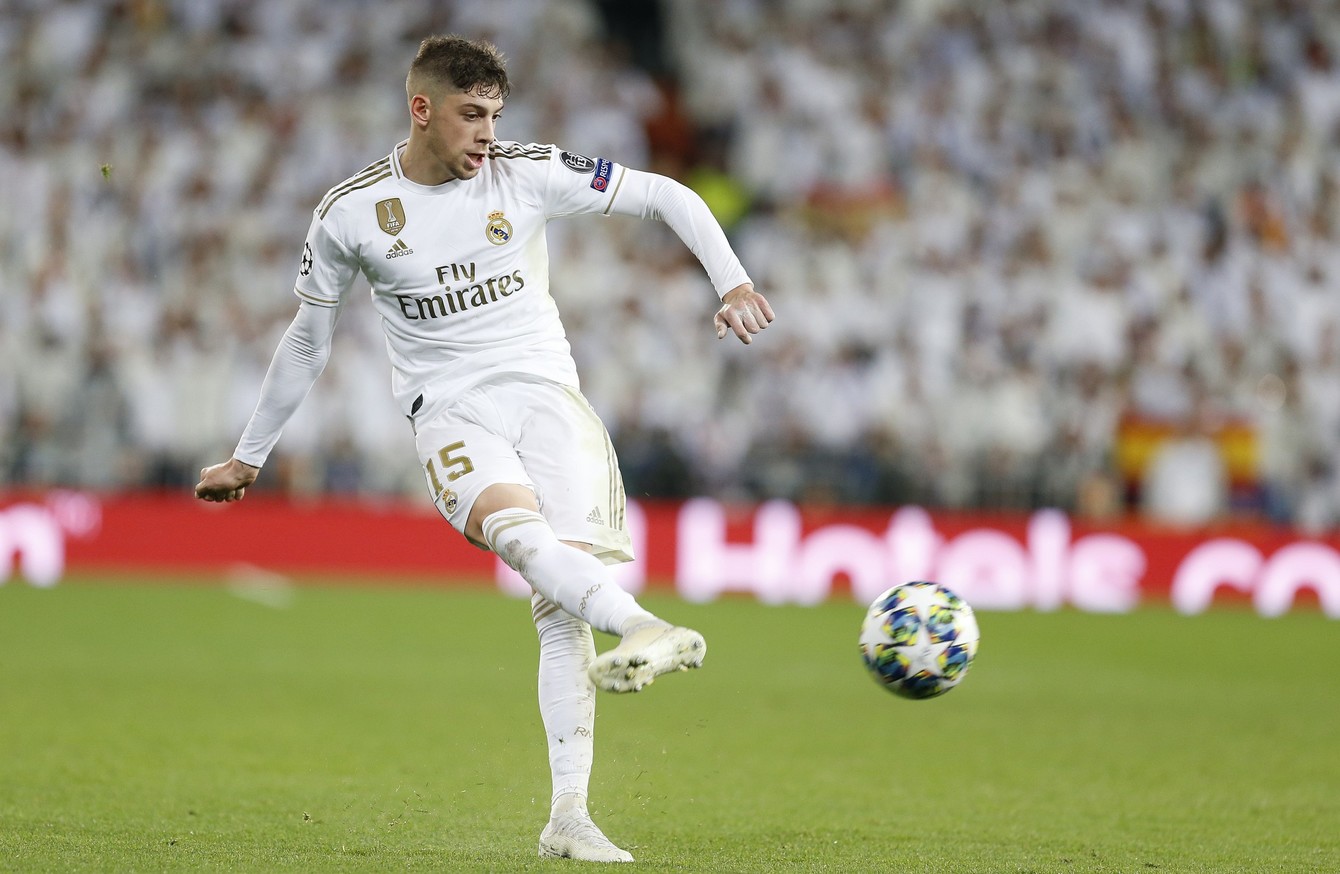 Real Madrid midfielder Fede Valverde has responded to news of his injury on Twitter, posting that he hopes “these weeks pass quickly.”

The Uruguayan has played 75% of Madrid’s minutes so far this campaign and is an important cog in Zinedine Zidane’s midfield. His absence – one month according to Marca – will be a body blow to a Madrid team already in a tough moment.

“Starting recovery and hoping these weeks pass quickly to return,” he wrote. “I’m not able to accompany the national team with tremendous sadness, but let’s go – we have to be positive. Thank you very much for the messages of support.”

Valverde has been diagnosed with a fissure in the posterior tibial spine of the right leg, suffering the injury in Madrid’s 4-1 defeat at Valencia on Sunday evening. His absence leaves a hole in midfield that’s difficult to fill – the hope from the Santiago Bernabéu is that Martin Ødegaard will step up in his stead.

Should he be absent for the full month as is expected, Valverde will miss important clashes with Villarreal, Alavés and Sevilla in LaLiga, as well as Inter Milan, Shakhtar Donetsk and Borussia Mönchengladbach in the Champions League. A return for the derby against Atlético Madrid could be on the cards.

Los Blancos are currently fourth in LaLiga having lost two of their last five, four points off league leaders Real Sociedad. In Europe, Madrid are third in their Champions League group, trailing Shakhtar and Mönchengladbach.

Born in Montevideo, Valverde began his career with Estudiantes de la Unión before joining famed Uruguayan club Peñarol at ten. He spent just a season with their senior side before being picked up by Madrid at 18, paying his dues with Real Madrid Castilla and spending time on loan at Deportivo de La Coruña before earning promotion to the first team.