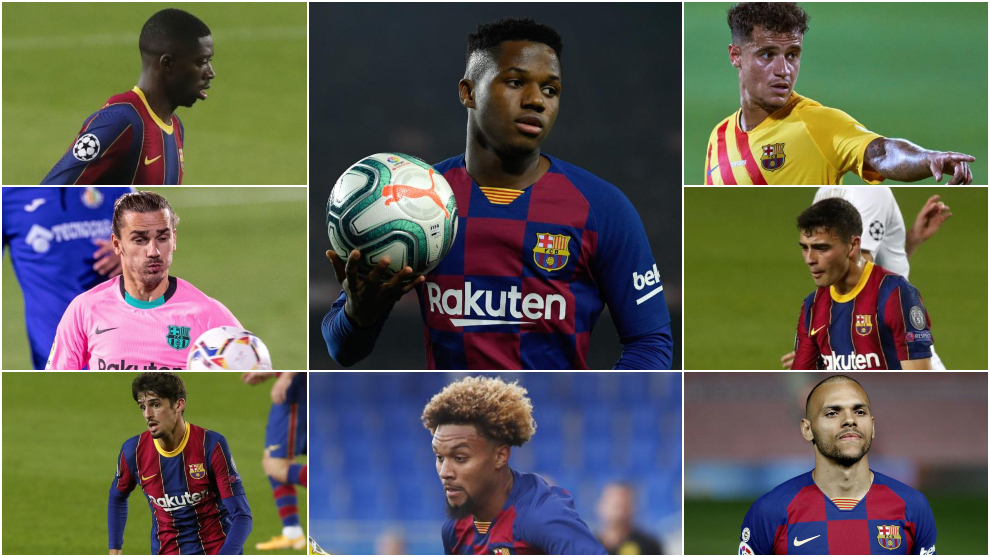 Barcelona will be without their star teenage forward Ansu Fati for the next four months with a knee injury, as the club confirmed in a statement released on Monday.

The teenage prodigy has been in prolific form this campaign and has netted five goals in 10 games for his club and was on course to surpass his tally of eight goals from his debut season in 2018/19.

Fati has played in all seven of Ronald Koeman’s side’s league games this campaign – starting six – and has also started in two of their three Champions League games, but now need alternatives in attack and Marca have outlined how the Blaugrana may change it up.

One option is even younger than the 18-year-old – Pedri, 17, arrived at the Camp Nou this summer and looks certain to gain even more prominence during the absence of Fati.

Ousmane Dembele could also be boosted by this, despite being a left-footed forward who is most comfortable on the right-hand side of a three-man attack but could switch to the left.

Similarly, Antoine Griezmann has struggled to nail down a regular starting spot for the side this season and his best position remains unclear, while the move to a left-sided role would signal another experiment.

Francisco Trincao – who arrived this summer from Braga – and Martin Braithwaite – a February arrival from Leganes – are two other attackers who have not enjoyed a great deal of game-time this season but this injury could open a door for them.

Another outsider is American teenager Konrad de la Fuente, who is yet to make his senior debut for the club but is highly rated.