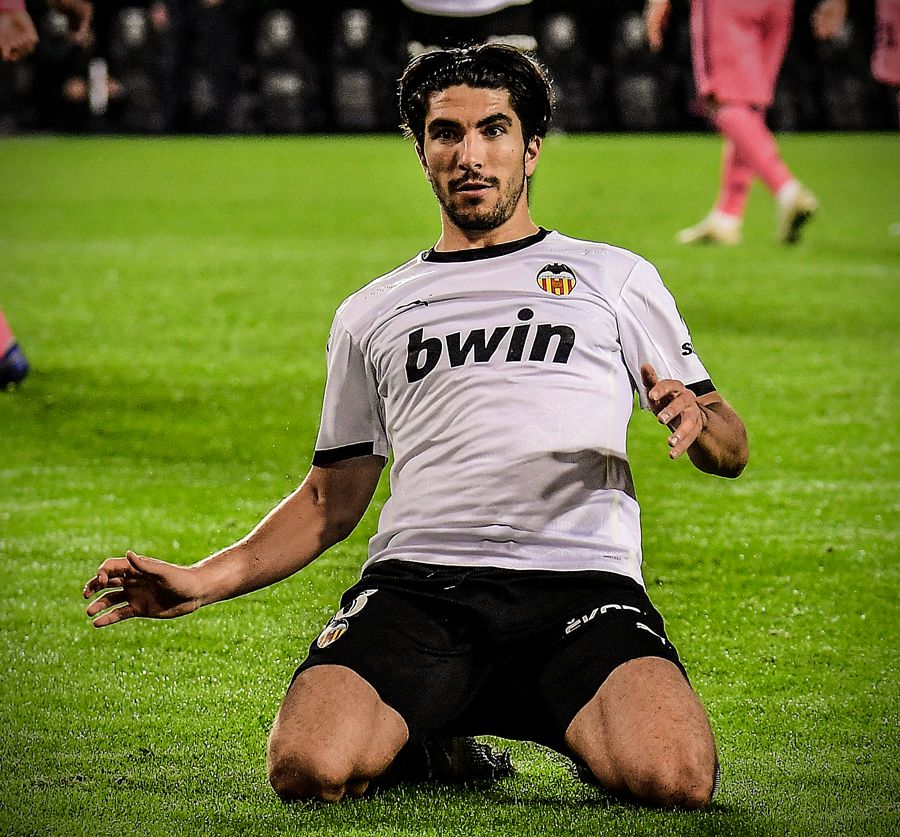 Real Madrid slipped to a shock 4-1 La Liga defeat away at Valencia this weekend with the hosts netting a bizarre hat trick of penalties.

Los Che midfielder Carlos Soler stepped up to convert each time from the spot, as Javi Gracia’s side beat Real Madrid at home in La Liga for the third time in five years.

Zinedine Zidane’s team were on top in the opening stages, with Luka Modric forcing a save from Jaume Domenech before Karim Benzema fired home a superb opener on 23 minutes.

However, the game turned on the half hour mark as referee Santiago Latre opted to ruled out Yunus Musah’s goal and award a penalty instead, with Soler tucking past Thibaut Courtois.

Los Blancos task was made even harder before the break as Raphael Varane deflected past Courtois for an unfortunate own goal.

Los Che were handed a second penalty just after the restart, as Marcelo brought down Moi Gomez, with Soler keeping his nerve against Courtois once again.

Real Madrid’s odd evening at the Estadio Mestalla was completed just after the hour, as VAR awarded another spot kick for a handball against Sergio Ramos, and Soler emphatically made it  4-1.