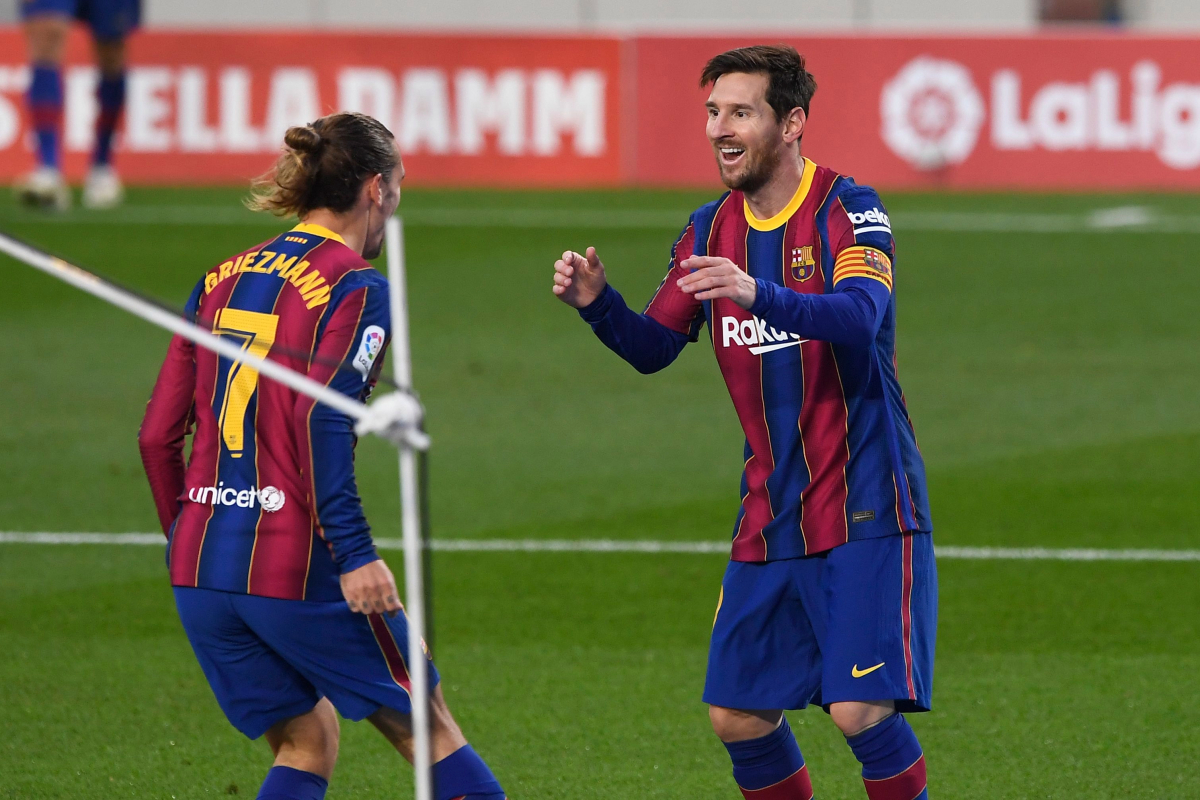 Barcelona have returned to winning ways in La Liga thanks to a Lionel Messi-inspired 5-2 victory at home to Real Betis.

Ronald Koeman’s side had picked up just two points from a possible 12 heading into this clash, but a dominant performance against Manuel Pellegrini’s visitors secured a timely three points.

Barcelona were quick out of the blocks at the Camp Nou, as Antoine Griezmann and Ansu Fati both missed early chances.

Griezmann goes close, and then Ansu Fati follows up by putting this effort just wide 👀 pic.twitter.com/a0OrhNNywM

But the home side did not have to wait much longer to take the lead, as French international Ousmane Dembele fired home a spectacular opener on 21 minutes.

Ousmane Dembélé cuts inside from the right wing and SMASHES one into the back of the net! 💥

A fantastic finish to put Barca in front 🔵🔴 pic.twitter.com/BZ7UxbdMa5

👀 With Messi on the bench, Griezmann steps up to take the penalty…

That miss allowed Real Betis a route back into the game just before half time, as Antonio Sanabria reacted quickest to a loose ball inside the box to smash home past Marc Ter Stegen.

Koeman opted to bring on Messi as a half time substitute and the club captain turned the game for Barcelona.

Messi’s brilliant dummy from Jordi Alba’s cross allowed Griezmann to re-establish Barcelona’s lead before the Argentina international made the game safe with a penalty on the hour.

👀 With Messi on the bench, Griezmann steps up to take the penalty…

But another emphatic goal from Messi and a first La Liga goal for Pedri secured all three points late on.

Lionel Messi with an emphatic finish into the roof of the net! 💥

The substitute has two goals and a brilliant step over to set up another since coming on for the second half 🔥 pic.twitter.com/663d07oVM3